Not less than 65 National Youth Service Corps members will be repeating their service year in various states for engaging in actions that contravened the bye-laws of the scheme in the country.

The announcement was made during the passing out parades that took place across the country on Thursday.

The offenses committed by the sanctioned corps members include absconding from service, unauthorized journeys, and other miscellaneous offenses that violated the laws of the scheme in Nigeria.

Speaking during the passing out parade in Abia State, the state Coordinator, NYSC, Jingi Denis, said nine of the 870 corps members of 2021 Batch A, Stream II, will repeat the service year for absconding from service.

According to him, the measure was in line with the NYSC rules and regulations.

Mr. Denis also noted that a corps member would be awarded by the state “in recognition of his outstanding performance during his stay in Abia State,” while five others would receive commendation certificates.

In Enugu State, the state Coordinator, Sam Ujogu, said 12 corps members who absconded from service will be remobilized to start service afresh whenever they resurfaced.

He made the statement during the passing out parade on Thursday, disclosing that 38 corps members, who participated in the 2021 Batch A, Stream II, NYSC, had their services extended.

Ujogu said he regretted that a corps member, Onuegbu Amarachi, with Batch EN/21A/1303, who was serving at Enugu North Local Government Secretariat, died on September 5, 2021.

Addressing the corps members, Ani, who was represented by the Assistant Director of the corps, Adejoke Fashola, said the sanctions were subject to the approval of Directorate Headquarters, Abuja.

She said, “The scheme wields big stick against recalcitrant members of the service corps who fall short of expected behaviour and performance. Out of 1,260 due to pass out of service today, 13 corps members would have their service extended for various misdemeanours.

“14 corps members who absconded from service would have to repeat the service subject to the approval of Directorate Headquarters, Abuja.”

Also, the state coordinator in Ebonyi State, Bamai Dawuda, on Thursday, stated that 18 corps members will repeat their service year in the state. 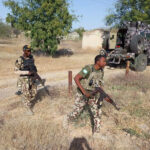 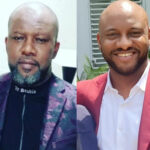 My family is not in support. We are trying our best to console Mary – Yul Edochie’s older brother, Uche, speaks on the actor’s decision to take a second wife

Kaduna train attack: Before and after photos...

‘Nigeria in the peak of Flooding season’...