Bimbo Akintola, a Nollywood actress has joined the ranks of celebrities who have expressed love and support for Bola Ahmed Tinubu, the presidential aspirant.

In an interview with TVC ‘Your View’, Bimbo stated that she wouldn’t be bullied into disassociating herself from Tinubu’s campaign party.

Bimbo Akintola stated boldly that she is working for Tinubu, while also pointing out the unique qualities that makes him the best.

Bimbo added that she knows the APC presidential candidate has a vision for Nigeria and would uplift the country.

“I am working for Asiwaju.

Asiwaju builds talent. He finds people who can do things. Look at his cabinet – Fashola, Osinbajo were part of his cabinet and so many others.

He has supported our industry. When we lost Moji Olaiya, he flew her in from overseas and paid for everything.

I know he has a vision for the country. When he comes and we see the people he would work with, we would be excited. 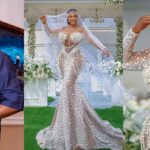 Actor Odunlade Adekola pours sweet words on his alleged side chic, Eniola Ajao as she turns 40 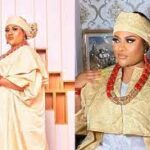 “Marriage is management” Charleyboy and his wife...

Eve Esin calls for the arrest of...

What Apostle Suleman tells me every time...