Actress Luchy Donalds calls out a friend who scammed her of N1.5m 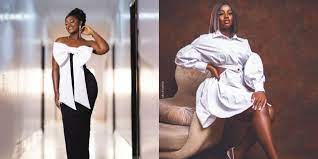 Actress Luchy Donalds calls out a friend who scammed her of N1.5m

Luchy Donalds, an actress, called out a friend who defrauded her of N1.5 million under the pretense of helping her mother then used the money to pay for cosmetic surgery.

In a post shared on her Instagram page, Luchy said the female friend called her crying while claiming her mum had Kidney issues and needed N7.5 million for medical attention. Luchy said this friend said she had raised N6 million and needed only N1.5 million to complete the money required to carry out treatment on her mum.

The actress said she had compassion for the friend and made the money available to her. She said she later got to find out that this lady used the money gotten from her from a butt lift.

She also released the phone conversation she had with the said friend where she was weeping while asking for the money. 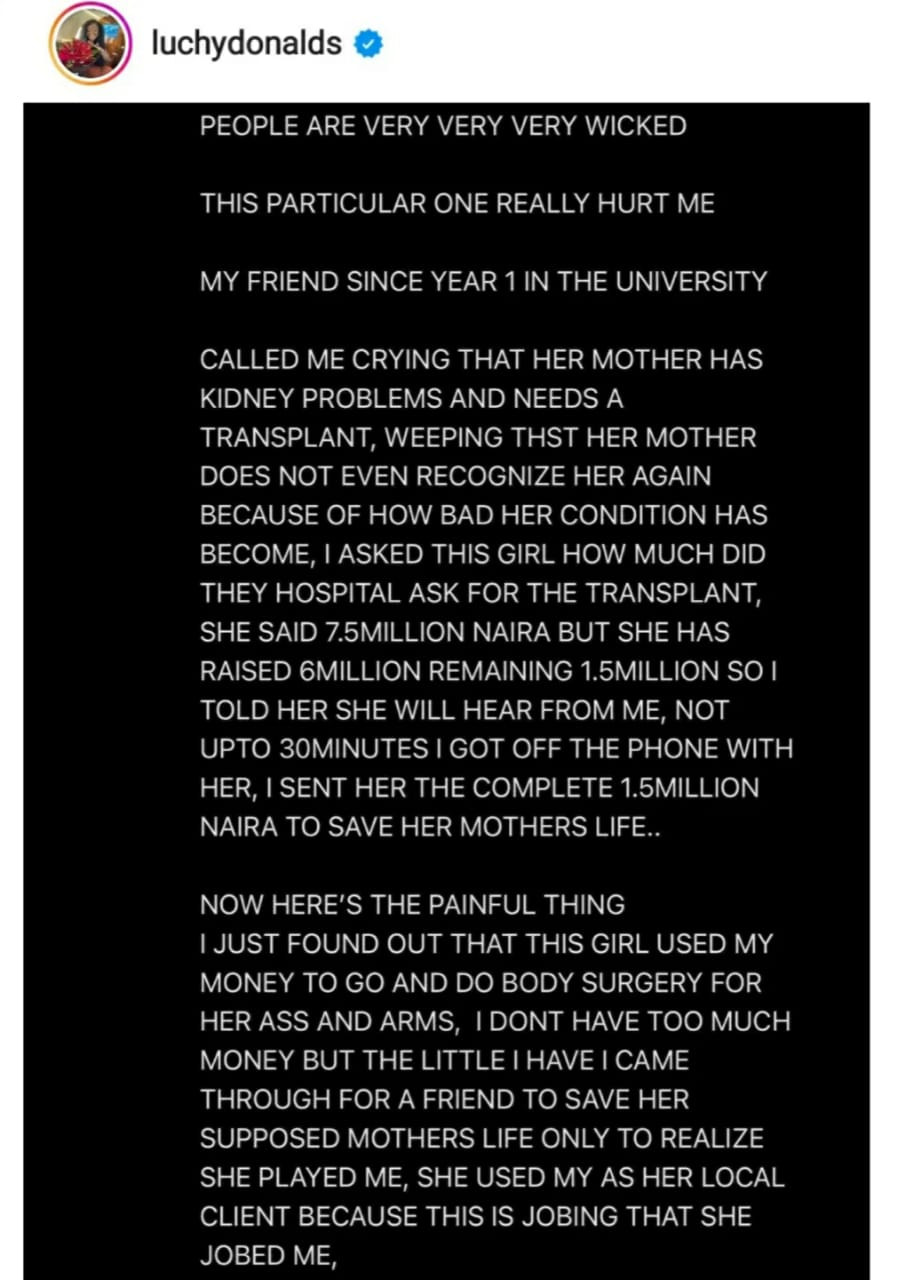 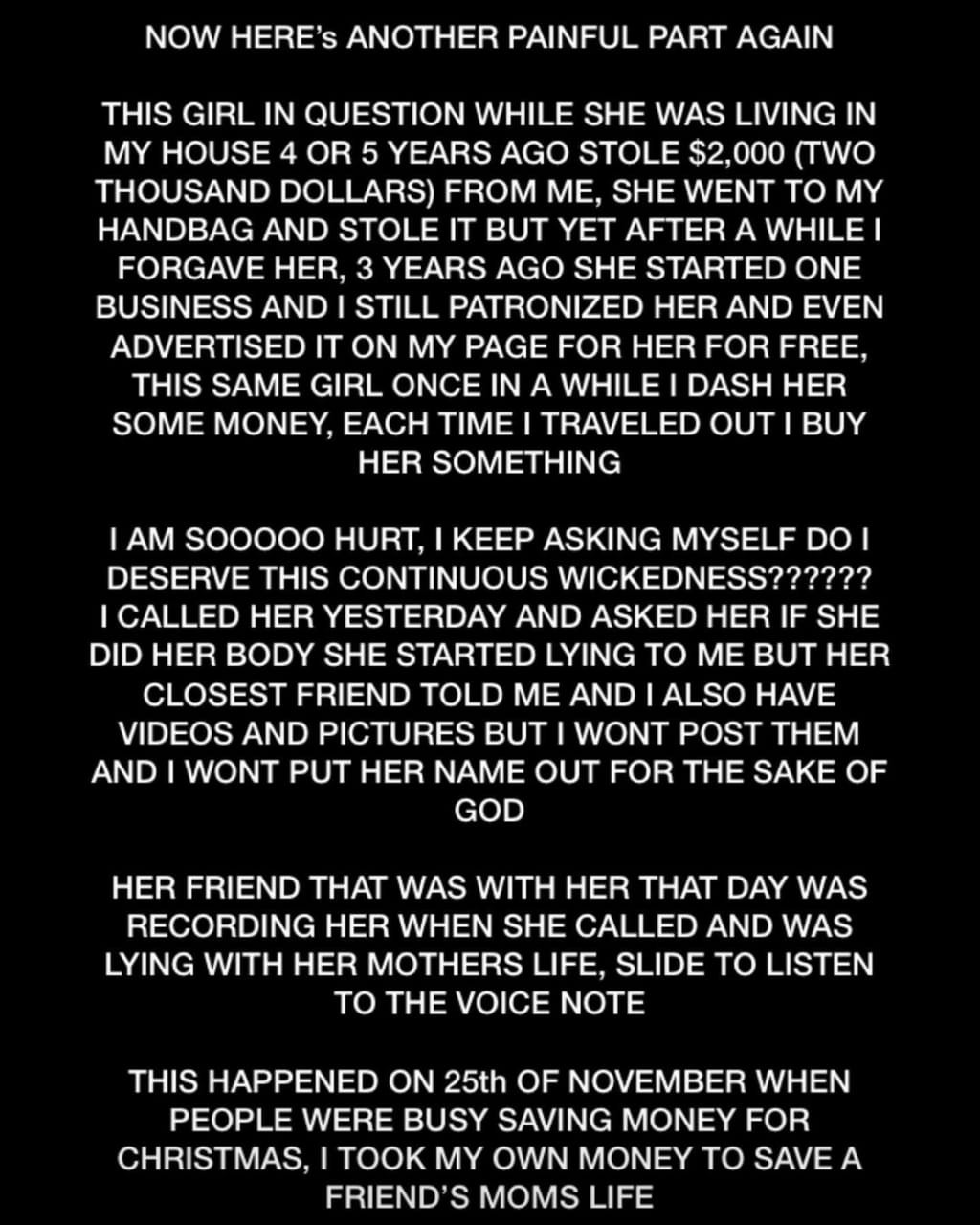 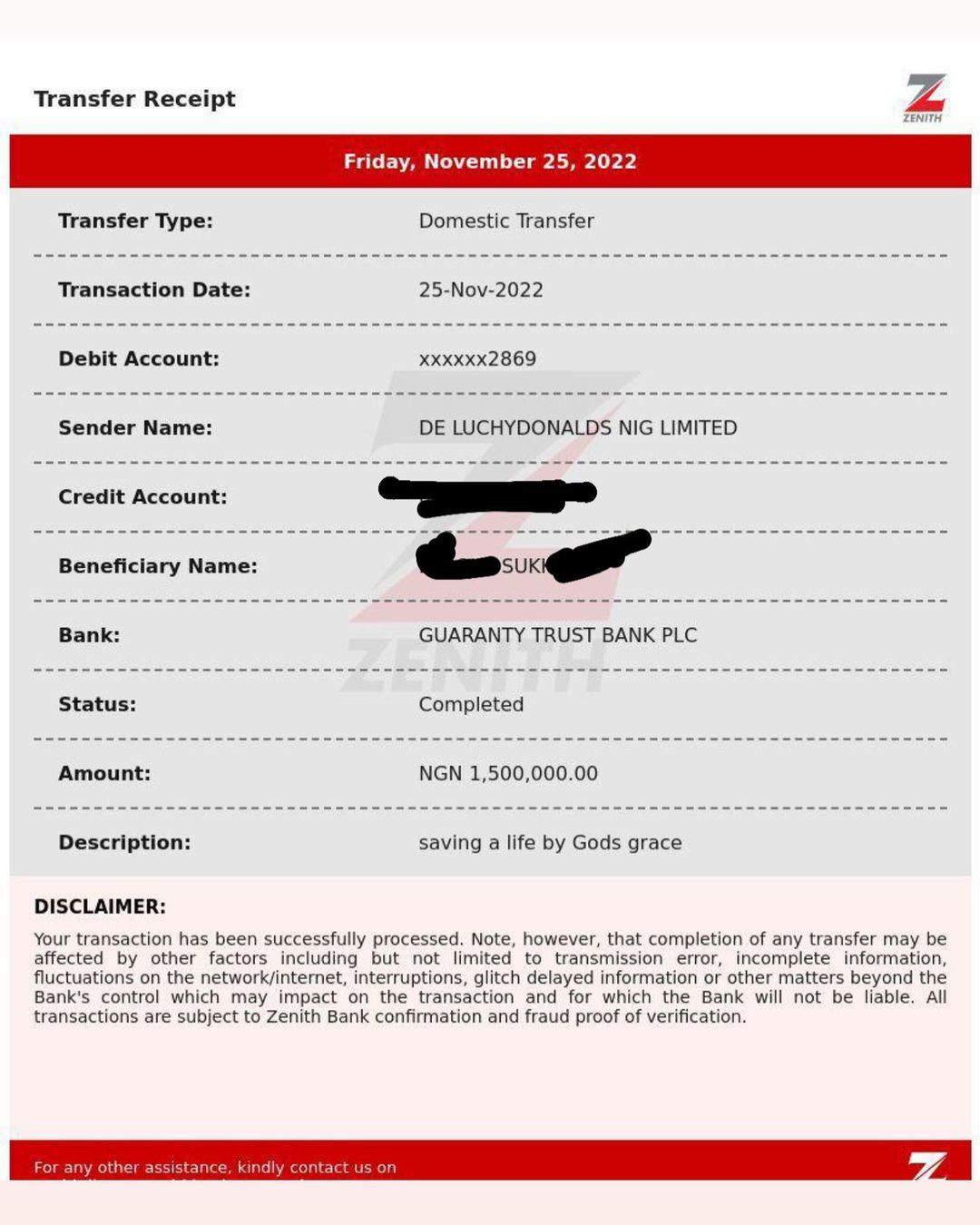 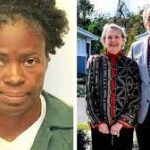 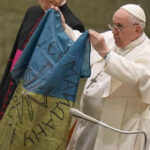 My first reaction after I found out...