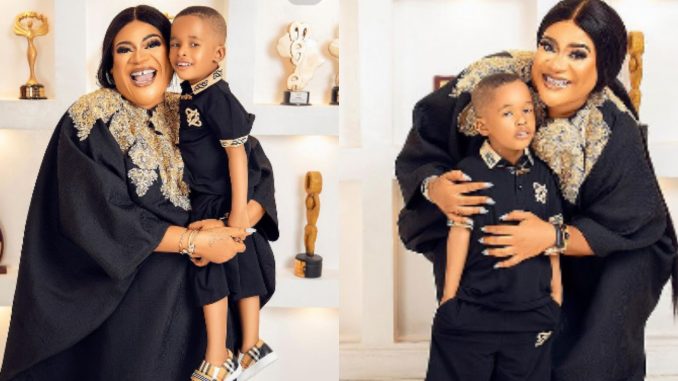 Nollywood Nigerian actress, film producer, film director, and screenwriter Nkechi Blessing has left many colleagues and fans gushing over the beautiful photos of herself and her son, Novah.

Ahead of her son’s birthday, Nkechi Blessing took to her Instagram page to share photos of themselves rocking a black outfit, smiling, and posing for the camera.

Captioning the photos, Nkechi Blessing expressed love for her son and bragged about how she is being called a mother because of him.

She wrote: The Reason they call me Mummy NOVAH. I love you with my whole life son.

Many fans and colleagues stormed the comment section gushing over Nkechi Blessing and her son, stating that she resembles her late mother. 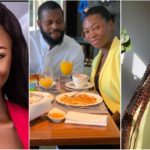 ‘Her kayamata couldn’t keep her husband, ‘ Jamura mocked as side chick snatches her husband 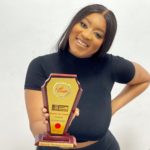 #BBNReunion: Before you drag anyone, just remember...

When I cheated it was because of...