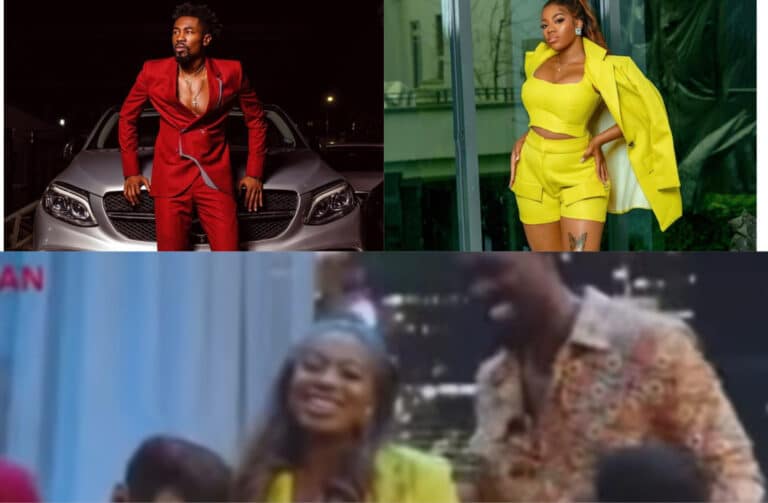 Boma Akpore, Big Brother Naija’s’shine ya eyes’ housemate, has gained the admiration and respect of social media users after he admitted to Angel Smith his mistakes and tendered an apology.

Fans were shocked to see Big Brother Naija’s’shine-ya eyes’ reunion return with its second episode. The actor apologized to his housemate and admitted his mistakes.

Remember that Angel and Boma had a nasty fight while they were in the house. He hurled insults at Angel and her family.

Angel got into a fight with him so much that she pulled out her wig. Fortunately, her male housemates were there to stop Angel.

Angel claimed Boma was manipulative, and that she didn’t fear getting disqualified. However, she would not take insults from Boma.

Angel was furious and denied the accusation. She stated that the talk came from nowhere.

Angel said, “He dey name us children when we told dat one.”

Angel retorted, questioning why a woman of 34 years would live in the same home as Angel.

Angel was not afraid of Boma and asked her to stop bullying her at the house. Angel also requested that Boma refrain from bringing up her family members during their conversation.

Angel went so far as to call him fake okra.

Fast forward to the future, and at the reunion, Boma admitted that he had fought.

He said that he was pissed off when Angel told him to fuck it up.

Many social media users applauded him for allowing himself to be humble and for embracing his mistakes after the video was broadcast.

flontha: You are a gentleman with a soft soul. You accepted it and embraced it with all your heart. Then, u apologized to us all. We are grateful. This is maturity at its best.

madison_fashion_designer : My boss you burst my head for here you’re really the most misunderstood

femme_gentile2 : Wow…this is what is called reunion sorting out issues and apologizing and not been proud. Some fans will still not like this..

harkandeymary : U just gain a follower… forever is the deal Boma…that’s a real man 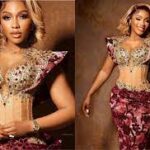 BBNaija’s Mercy Eke pens a heartfelt note to herself 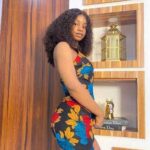 Mixed reactions as Iyabo Ojo’s daughter, Priscilla is mocked over her skin tone

Social media has made people not to...

What a stunner! – BBNaija housemates marvel...

“The Queen of all queens” Olakunle Churchill...