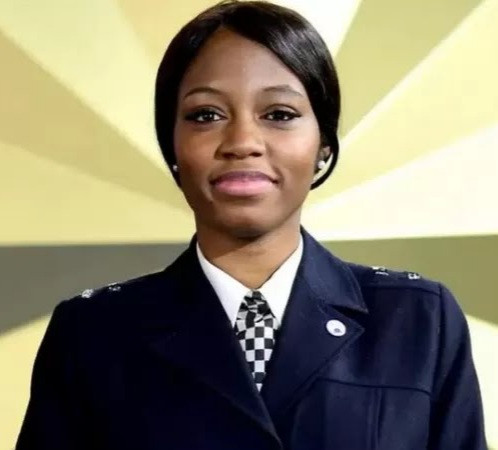 Ex BBNaija housemate Khafilat Kareem, better known as Khafi, is facing a misconduct hearing for going for the Big Brother Naija reality show in 2019 without being authorized by the Met police to do so.

Khafi, who worked as a police officer in the UK at the time she took part in the reality show, said during a misconduct tribunal that she appeared on the show to “promote the Met Police globally”.

The misconduct tribunal heard that hours before going on the show, PC Khafilat Kareem called one of the Met’s most senior officers asking him to reverse the order for her not to do so.

She was eventually evicted from the show after 77 days.

The Met said she went on the program “without authority”.

At the hearing at the Empress Building in west London on Monday, April 25, PC Kareem, who is now married to Gedoni whom she met on the show, admitted she took and surrendered her laptop to the BBNaija organizers.

But she denied allegations of breaching standards in respect of “orders and instructions” and “discreditable conduct”.

PC Kareem also denied an allegation she failed to declare a business interest in relation to publicity and promotion of the TV show.

Khafi took unpaid leave in 2019 to appear on the show as she saw it as “as a chance to promote the Met on an international basis”, the panel was told.

However, line managers felt it was not within the best interests of the officer or the force. 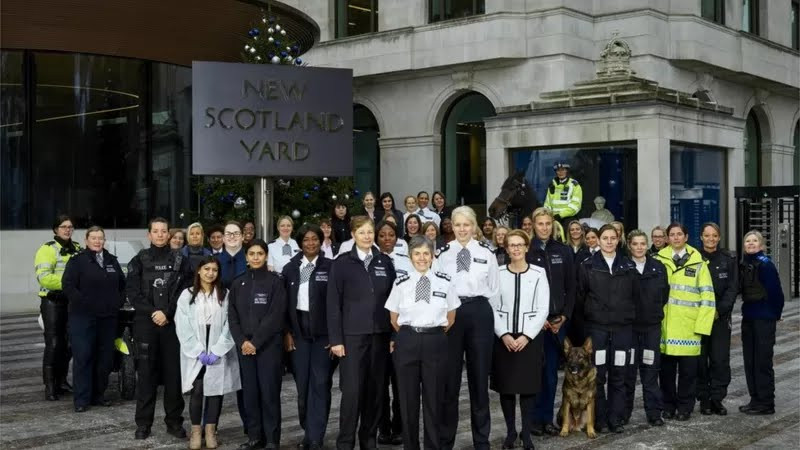 Anne Studd QC, for the Met Police, told the tribunal: “Having seen the UK episodes of the show, concerns were raised.

“But, PC Kareem said Naija was not like the UK version. She saw it as a chance to promote the Met on an international basis.

“Looking at the website and information provided, Ch Supt Jason Gwillim concluded it was not in the best interests of the Met or the officer and it would put her in a compromising situation.

“He explained the rationale and stressed she was not to take part in the show.

“Gwillim’s impression was that PC Kareem was disappointed but understood. She took the period of unpaid leave.”

Although permission for the leave was granted, she was told not to take part in any further auditions, interviews, or shows, the hearing was told.

On 30 June, PC Kareem texted Deputy Assistant Commissioner Matt Twist and later called him to say that she had traveled to Lagos to take part in the show.

Mr. Twist told the tribunal in west London that he had “never been faced with these circumstances before” and felt it was “most unusual” a PC was contacting someone of his rank on a weekend.

He explained he was aware of previous decisions to refuse PC Kareem’s request to go on the TV show and said he wasn’t in a position to review any decision on a Sunday.

Mr. Twist said: “I got the impression she was phoning hoping I would change the decision.

“I got the fact she was in Nigeria I got the strong sense she was going to do it, but she did not say as much.”

Mr. Twist said his core concerns were over PC Kareem’s mental health, the Met’s public image, and her conduct within the house.

He said: “I was worried about her mental health, we have no ability to support or intervene in the Big Brother house.

“We had no idea what security was in place around the Big Brother house and something awful could happen there or she could be targeted as a serving constable.

“Over the years a number of people who come out of the Big Brother house are reported in the media to have suffered mental health issues.

“Knowing the UK version, this is something we wouldn’t want a serving officer appearing on.”

PC Khafi Kareem saw a psychologist after the show due to the “adverse” media attention, the tribunal heard.

The tribunal heard she was invited to appear on Good Morning Britain – but was told not to do any unauthorized media interviews according to the BBC.

BBNaija’s Khafi faces Met Police misconduct hearing for going on the reality show in 2019 without being authorized to do so was last modified: April 26th, 2022 by ABBStaff-Mayowa
0
Facebook Twitter Google + Pinterest 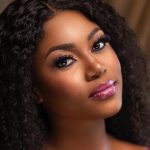 Do people still marry because they love each other or because one is intelligent?- actress Yvonne Nelson 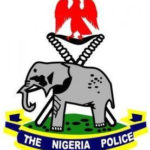 Men who cheat are the ones who...

I Will Deal With You Ozo Chukwu...