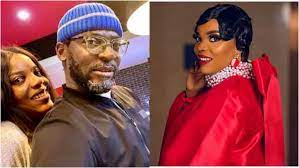 John Njamah the brother of Empress Njamah, has spoken out after private videos of his sister went viral.

Empress Njamah was in the news for a few weeks after her ex-boyfriend shared private videos of her on a WhatsApp group page he created.

Empress Njamah broke her silence in the midst of all the chaos and revealed that she is fine and healthy. She expressed her gratitude to all those who supported her during her difficult times.

John Njamah, her brother and filmmaker, has spoken out after his sister broke the silence. John Njamh spoke about how people can take the good works of others for granted and how difficult it is to trust people now.

“It used to be very easy being a good person… you know helping as much as you can, giving wholeheartedly and expecting nothing in return… it used to be very easy cos it was the right thing to do.. but now, a lot of bad things happen to good people… and these bad things are caused by people you have GIVEN in the past, people that you have opened your heart to, people that you call FRIENDS… and their reciprocity is all forms of bad gestures and ill thinking towards you…

IT’S REALLY SAD!. It used to be easy trusting people cos it was the right thing to do… but our present reality has dismissed all of that.. and has thought is otherwise.” 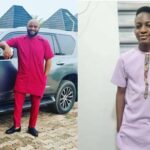 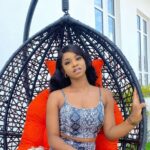 “There’s too much hate and envy in...

Tinubu has my phone number so I’m...