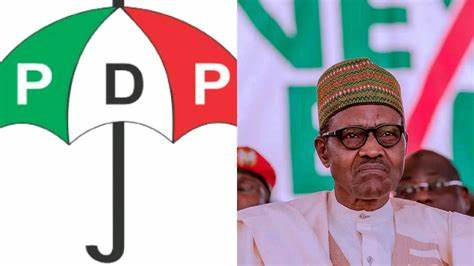 The presidency has replied to the Peoples Democratic Party after the opposition claimed that President Muhammadu Buhari’s cancellation of his Zamfara trip indicates “mischief”.

While Governor Matawalle Bello said that the President canceled his trip to the state last week over weather issues, the PDP claimed that Buhari canceled the trip over the fear of being attacked, adding that the president could have traveled by road.

Reacting to the claim made by the opposition party, the presidency in a statement released by presidential aide Garba Shehu said criticism of Buhari by the PDP shows the party doesn’t understand presidential movements despite being in power for 16 years.

“As briefly explained by the president in a special broadcast to the people of the state, the sudden deterioration of the weather was the sole and only reason for the cancellation of the visit.

“It is not unusual for flights to get canceled when there is bad weather, whether this is arising from wind or rainstorm, fog or haze as we had it on Thursday over much of the northern towns including Gusau, capital of Zamfara State.

“Many of these cities are known to suffer from low visibility during the harmattan season as we are now in.

“Clearly, this was unsafe in the absence of precise instrument approaches that provide guidance for the pilots. The flights into Gusau were, in view of this, canceled.

“Criticism of the President, in particular the one by the opposition Peoples Democratic Party, PDP, for not proceeding with the journey, Sokoto-Gusau by road, a distance of about 200 kilometers shows, either a lack of understanding of presidential movements especially for a party that held that office for sixteen years, or an act that smacks of mischief. Whatever be the case, there must be a limit to trivialization.

“All over the world, Commanders-in-Chief, serving or even those that have left office cannot hop into a car and go anywhere they want, at any time of the day. In the United States, for instance, a law going as far back as 1958 prevents past Presidents from traveling on public roads without assured security (how much more of serving Presidents).

“When roads are closed for presidential movements here and elsewhere, consideration is also given to the safety of other road users, not just that of the President or even Governor.

“The statement on the issue by the PDP attacking the President for not making it to Gusau without this being planned ahead of the journey is shameful and disgraceful for a party that held the presidency of the country in the past. What is their own record?

“It is sad for the country that the bankruptcy of issues has forced the PDP, so-called leading opposition party, to hang on to life by only telling lies. And their caravan of falsehood has moved even more speedily following the inauguration of their not-so-new national executive at the end of last year.

“It is equally important that local political actors who have seized upon the cancellation of the visit to describe it as a victory for this or that faction of the party, accompanied by songs, lyrics, and videos to know that their joy is a short-lived one. As he promised in that broadcast, the visit to Gusau by the President is only a matter of time.

“Given the right conditions of the weather and all other things, he will return, and in time to accomplish his mission.” 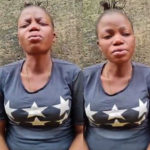 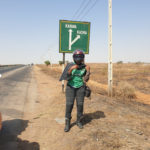 Woman travels ‘across Nigeria’ in 7 days with a motorcycle

I’m sorry for the next president who...