American rapper and songwriter Cardi B has won her defamation lawsuit against Latasha Kebe, a blogger and YouTuber known online as Tasha K, and has been awarded $1.25 million in damages.

The jury’s January 24 verdict concluded a two-week federal trial during which Cardi B testified that she had experienced extreme anxiety, depression, and suicidal ideation due to Kebe’s claims.

Cardi took Kebe to court in 2019 over dozens of videos featuring wild allegations, among which was the high- (or low-)light that the rapper B “f–ked herself with beer bottles” onstage when she was working as a stripper. Kebe also claimed that Cardi had prostituted herself, was addicted to hard drugs, was unfaithful to her husband Offset, and had contracted herpes.

Cardi testified last week that she felt “extremely suicidal” over Kebe’s claims. “I felt defeated and depressed and I didn’t want to sleep with my husband,” she added, chalking up fatigue, weight loss, migraines and anxiety to the ordeal.

“Only an evil person could do that s–t,” Cardi reportedly said, subsequently apologizing to the court for her language.

The rapper also disclosed that the herpes rumor in particular dogged her online, as some of Kebe’s million-plus followers harassed her over pictures of her kissing daughter Kulture on the lips and called her “Herpes B.”

Kebe reportedly admitted in court that she had knowingly published lies about the rapper, but attempted to walk that statement back when her attorneys examined her. Ultimately, jurors sided with Cardi B on all three claims of defamation, invasion of privacy, and intentional infliction of emotional distress.

They allotted $1 million for “general damages (pain and suffering and/or reputational injury)” and $250,000 for medical expenses. Tuesday proceedings will determine whether Tasha K will also owe more punitive damages or need to pay for Cardi B’s legal expenses. 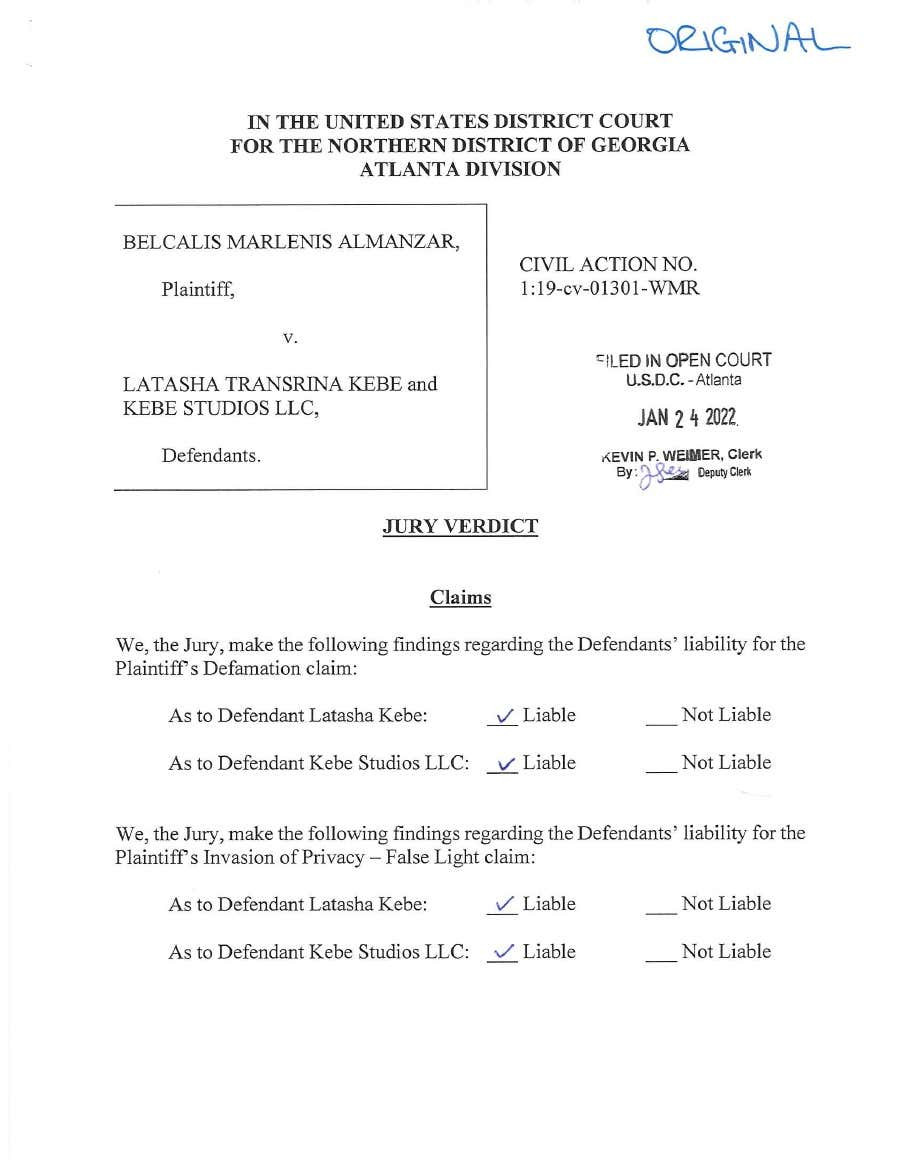 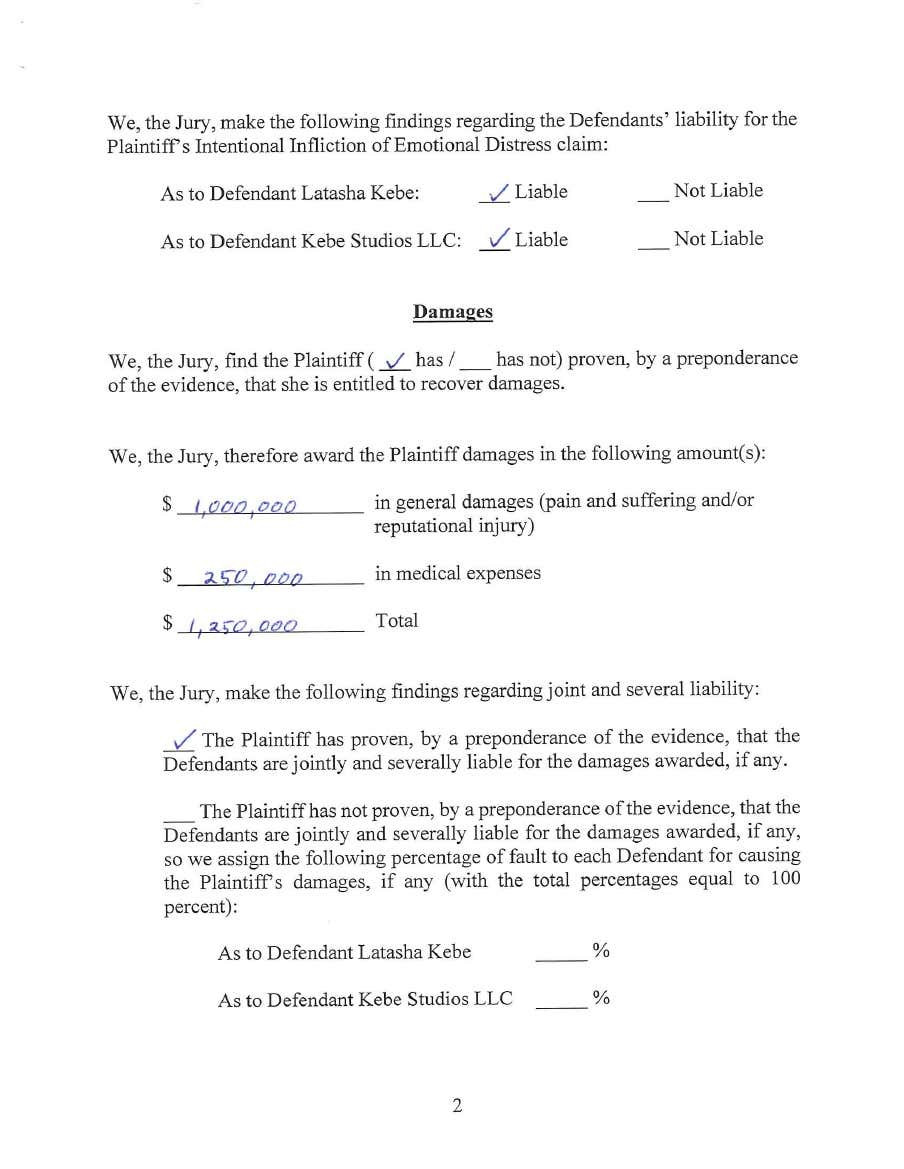 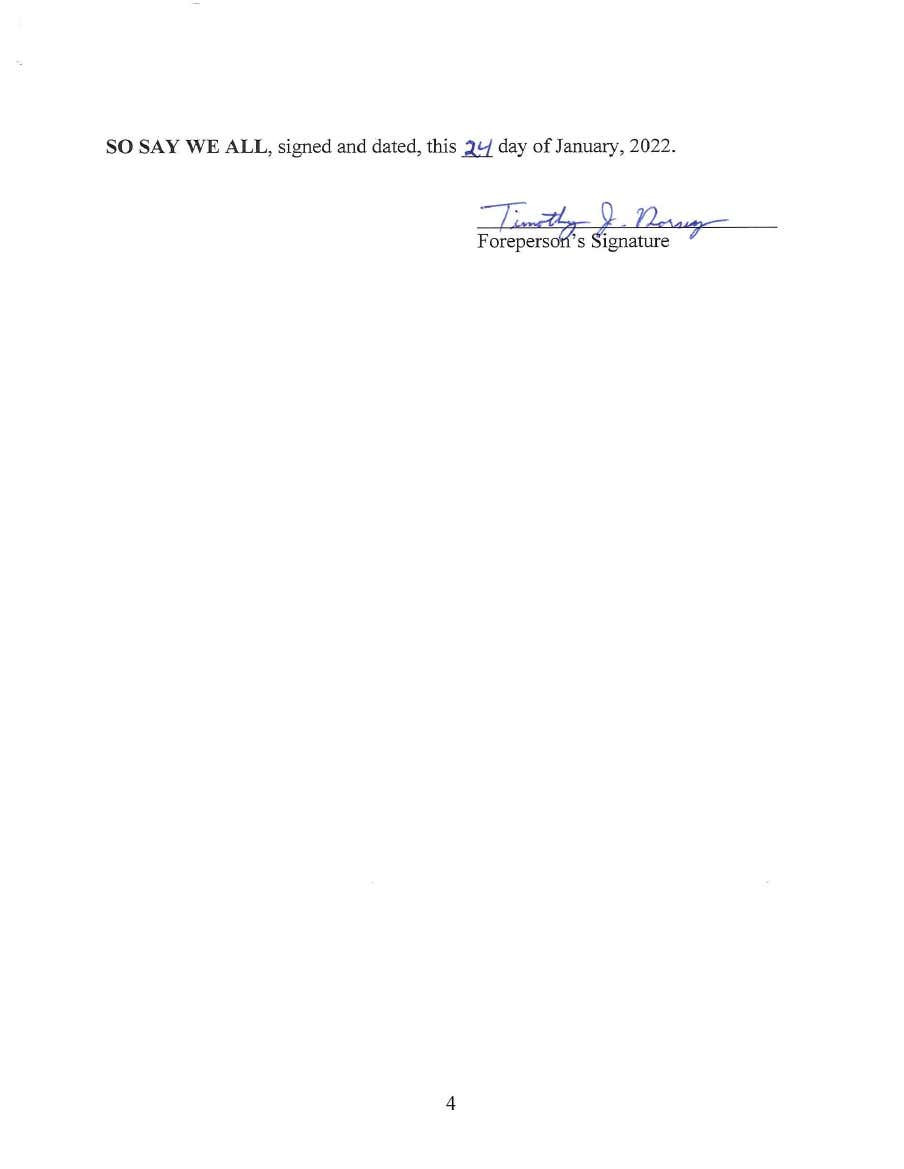 Proceedings will kick off Tuesday January 25, to decide whether Kebe owes additional punitive damages, or whether she must reimburse Cardi B for her legal expenses. Cardi B speaks after being awarded additional...