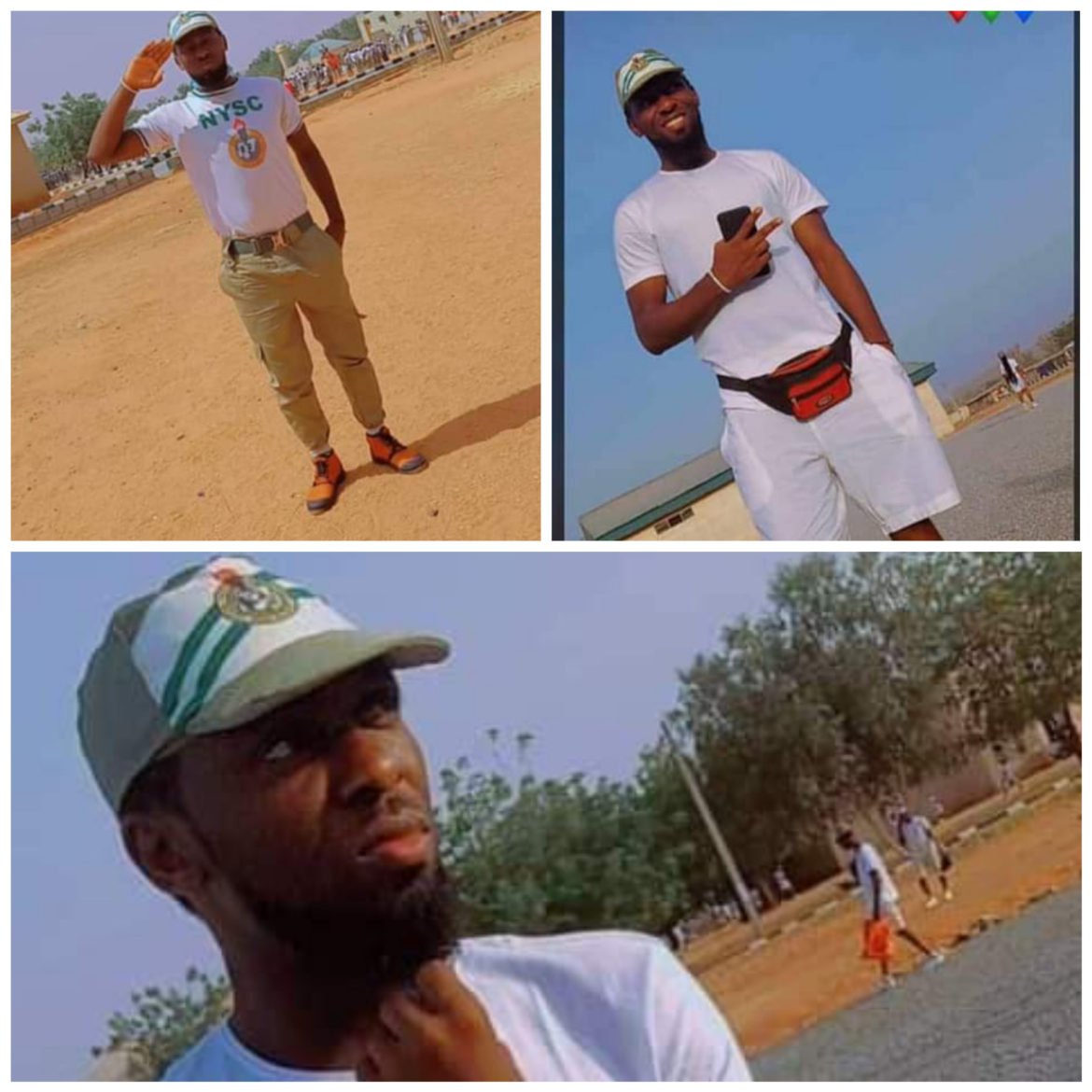 Major-General Shuaibu Ibrahim The Director-General of the National Youth Service Corps (NYSC), has commiserated with the family of a corps member, Musa Momoh Tunde (KB/22A /2278) who died at the Orientation Camp in Dakingari, Kebbi State.

Late Tunde, a Public Administration graduate of the Federal Polytechnic Bida, slumped and died on Friday evening, March 26, while watching one of the inter-platoon football matches.

The Director-General of NYSC in his condolence message presented by Bar. Ahmed Tijjani described corps member Musa Momoh Tunde as a young patriotic Nigerian who died while in active service to the nation.

He advised the family to accept his death as an act of God noting that death is inevitable and can come when no one expects it.

The DG further said that the deceased died as a dignified young man who was ready and eager to contribute his quota to national development and will be remembered as a selfless and highly patriotic Nigerian.

Mr. Yahaya Mohammed, elder brother of the deceased who spoke on behalf of the family said they are comforted by the fact that the deceased led a good life and died honorably and in active service to the nation.

Meanwhile, the corps member has been laid to rest at Kebbi State Central Cemetary according to Islamic rite. 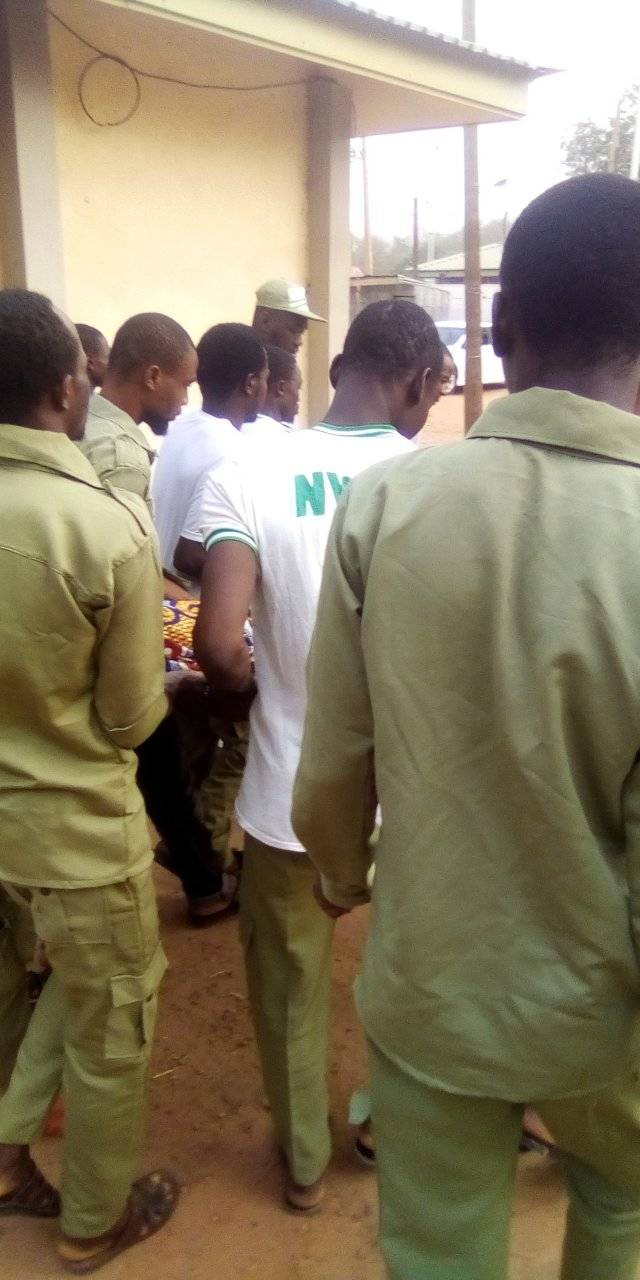 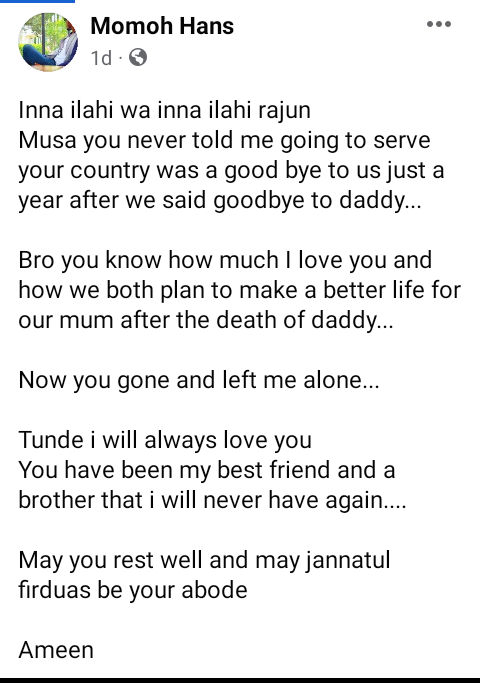 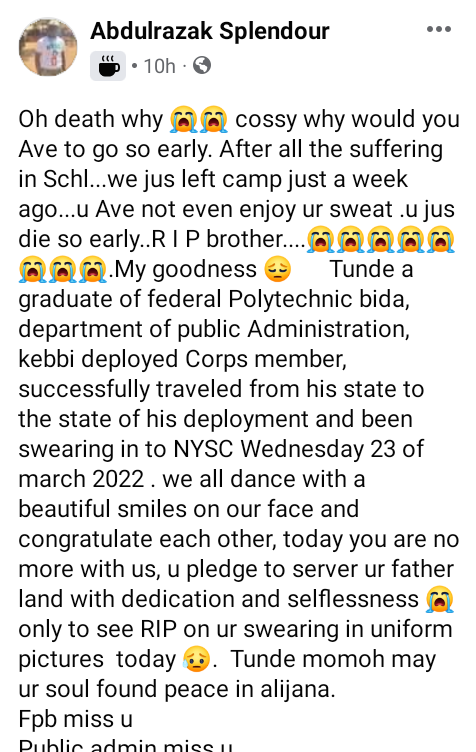 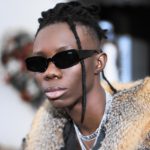 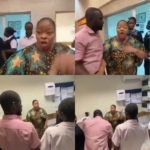 Actress, Toyin Tomato, causes a scene at Ibadan Shoprite after officials accused her daughter of shoplifting

Six Nigerians and one Ghanaian arrested as...