Police in Lagos State arrested Thompson Ogbe, a 54-year old dismissed soldier for using his army uniform to operate as a motorcycle rider in the Isolo region of the state.

Remember that the state government banned commercial motorcycle operators from 10 local government areas as well as Local Council Development Areas in the state due to the death of a sound engineer.

In his confessional statement, the dismissed soldier said;

“I started working as an Okada rider to provide food for my family rather than go into crime. The uniform is to stop urchins working as ‘agbero’ from harassing and demanding money from me. It was not meant to deceive policemen on road duty.” 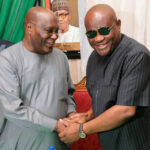 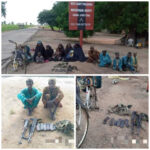 A Woman set ablaze by her husband...

I took to armed robbery because of...