Governor Nair El-rufai, Kaduna State’s governor, has responded to reports that a Two Million Man Match will take place in the state for Peter Obi, the Labour Party’s presidential candidate.

The Governor laughed at the possibility that some of the people attending the match might have arrived in the state by overnight bus.

El-rufai and Obi, had some runnings in past that saw the Kaduna governor being detained in a hotel in Awka by the Department of State Services, Anambra State when Obi was governor.

El-rufai had tweeted that “Peter Obi is a tribal bigot,” El-Rufai tweeted.

“He was widely quoted on national television that the SSS was right to detain me for 48 hours in a hotel in 2014 on the grounds that “El-Rufai has no business being in Anambra State as it is not Katsina State”! I sued the SSS and awarded N4m damages.”
In a statement released recently, the Peter Obi Support Network accused the Kaduna State government, of preventing a national summit for the Labour Party candidate from holding in the state.

Part of the statement said,

“We condemn the decision of the Governor of Kaduna State, Mallam Nasir El-rufai to block the hosting of the northern summit for Peter Obi and Senator Yusuf Datti Baba-Ahmed, the Presidential candidate of Labour Party and his running mate at the Arewa House in the state.

“The decision of the governor is disheartening at the critical point in time when northern Nigerians are desperate for development and liberation from poverty due to maladministration.

“The governor of Kaduna State is intimidated by the rising profile of Peter Obi across the length and breadth of the country.

“The governor should know that this is a “Peoples Movement” which can never be stopped.

“The movement represents all oppressed Nigerians and everyone that desires good governance, and Governor El-rufai is too small to suppress it.” 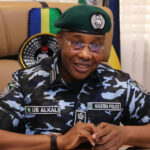