The world’s richest man, Elon Musk has put his deal to buy Twitter on hold, albeit temporarily.

The Tesla CEO took to Twitter early Friday, May 13 to announce that he is pressing pause on his $44 billion takeovers of the social media platform. 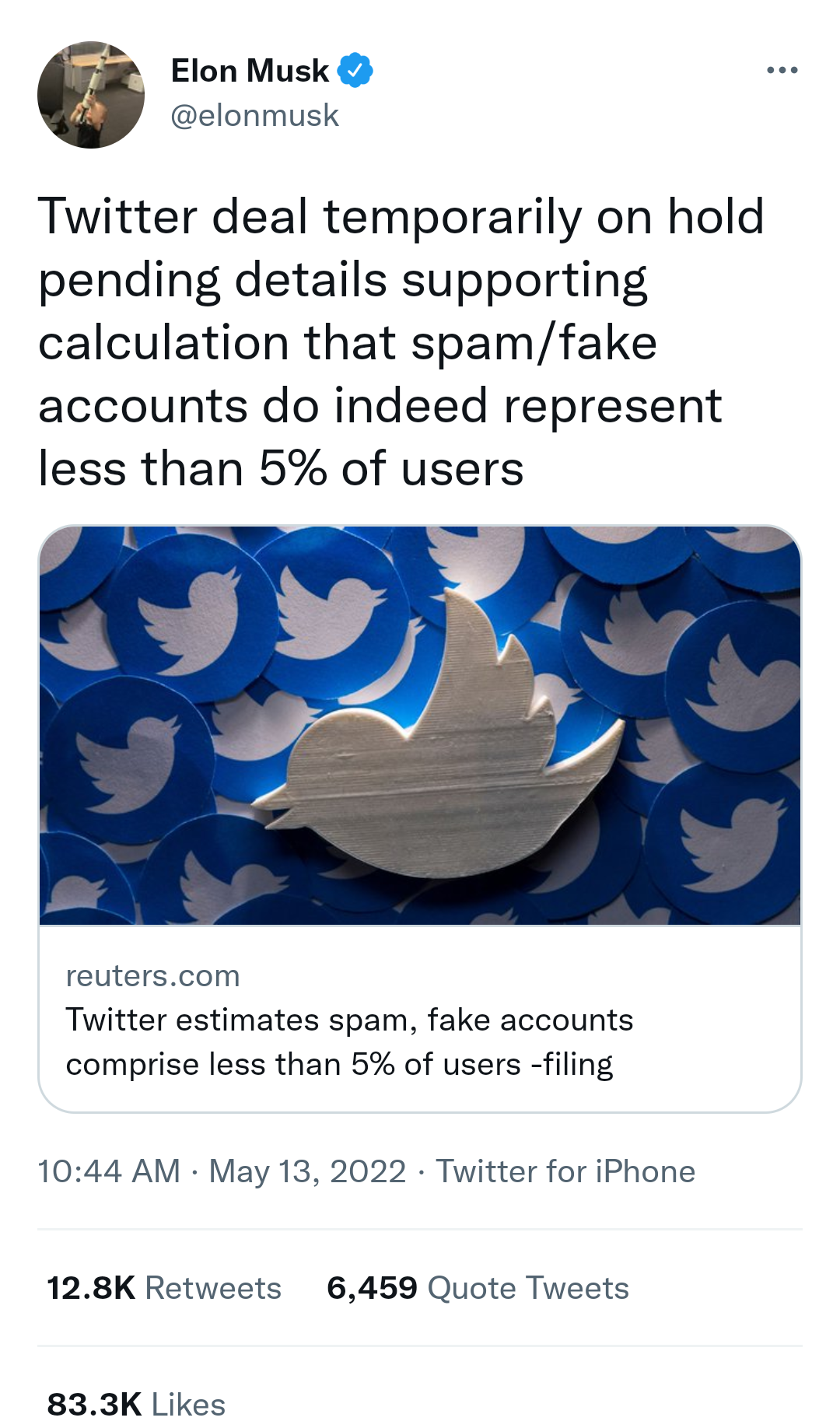 The early morning tweet sent Twitter stock tumbling about 23% in pre-market trading while shares of Musk’s Tesla Inc. climbed about 5%.