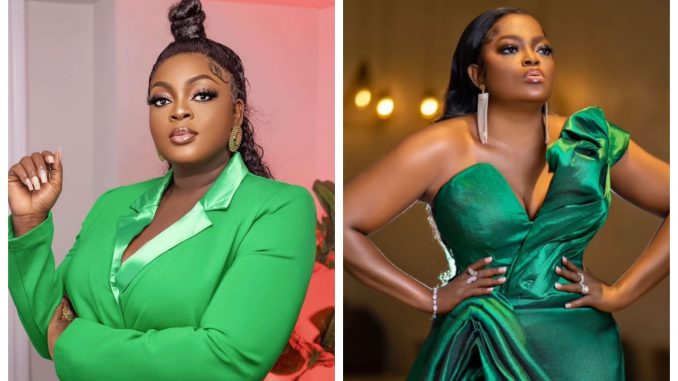 Eniola Badmus, a Nollywood actress, has expressed her support for Funke Akindele, her longtime friend, and colleague, over her latest achievement.

Funke Akindele, who had kept a low profile after the collapse of her second marriage, had finally spoken out after JJC Skillz, her ex-husband, announced their divorce.

Funke Akindele, who took to Instagram just hours ago, announced that she is now a member of the prestigious Academy Award.

With the good news of her Academy invite, Funke Akindele is now a proud member of the Oscars.

Her highest-grossing movie, Omo Ghetto the saga, and Jenifa made her shortlisted for the 2022 prestigious position. Read more here.

After the news broke, congratulations messages began pouring in for her.

One of them was from Eniola Badmus who took to her verified Instagram page to celebrate her.

Congratulating her, she wrote, “Oscar na your mate? Congratulations gurl”.

Funke Akindele took to the comment section to shower love on her.

She commented with, “Badosky” along with love and laughing emojis. 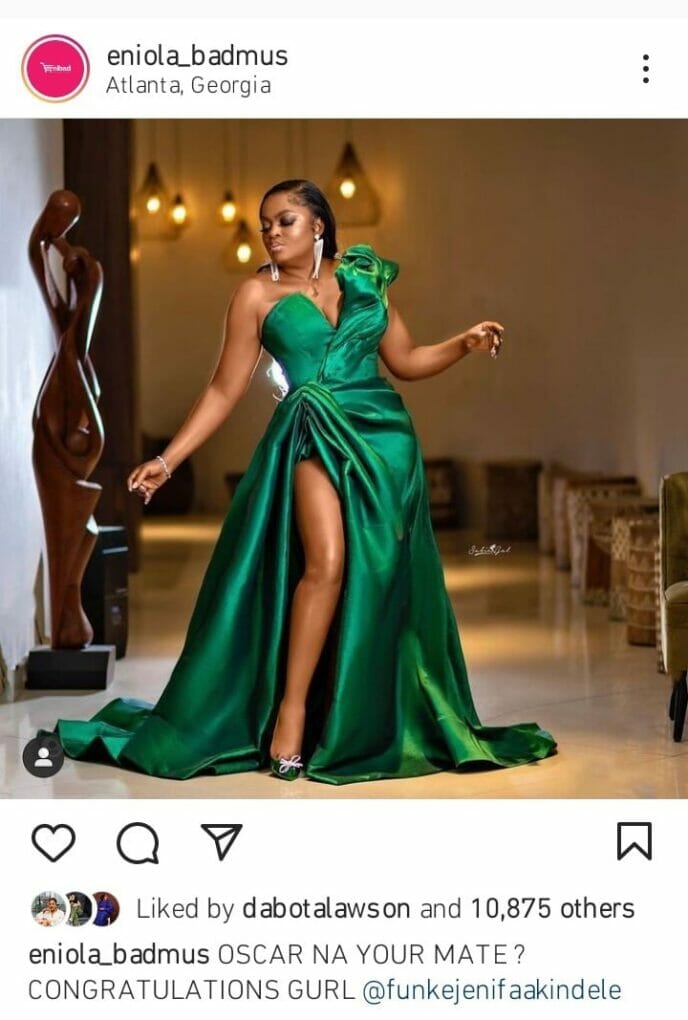 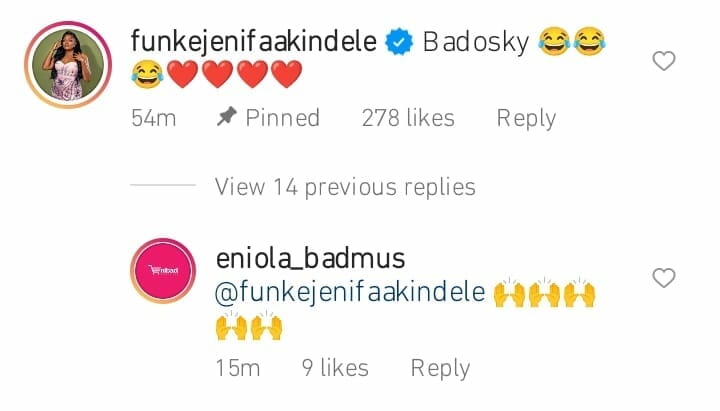 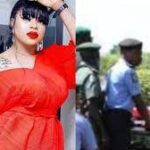 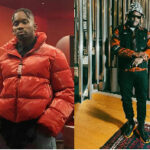 “He is very rich on a low” Reactions as Peruzzi hails Mr. Eazi for sending him a $1M contract

I am obsessed with making impact beyond...

I can never advise someone in a...