SP Benjamin Hundeyin, the spokesperson for the command, stated that the fake officer identified as Anthony Nwaneri was exposed due to the helpful information provided by observant citizens.

He was arrested yesterday in the Cele area of Lagos state.

According to the police PRO, an investigation is ongoing. 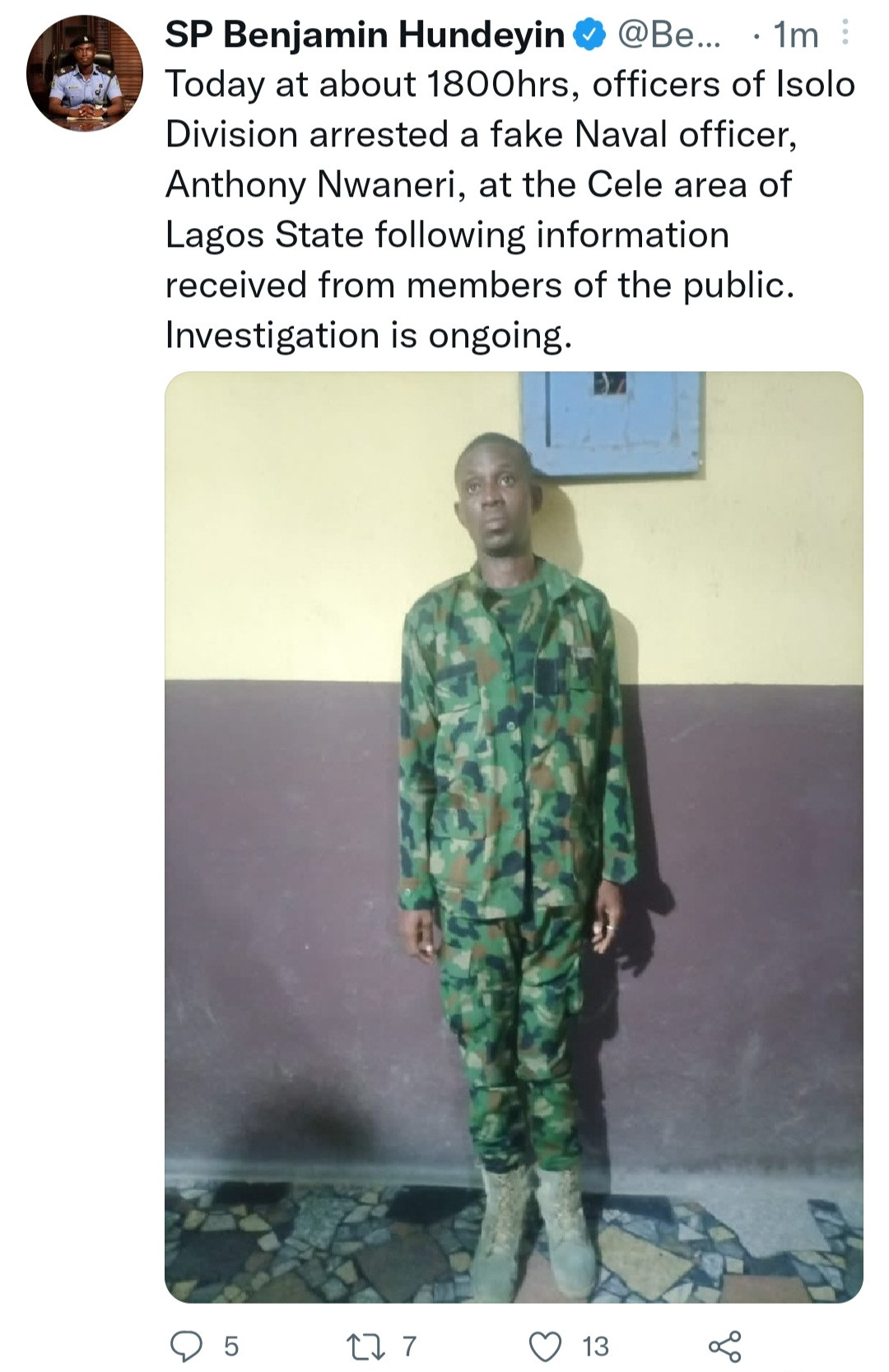 How I ”kidnapped” my customer with the...

Ebubeagu arrests 12 members of a drug...

Photo of the woman allegedly murdered by...