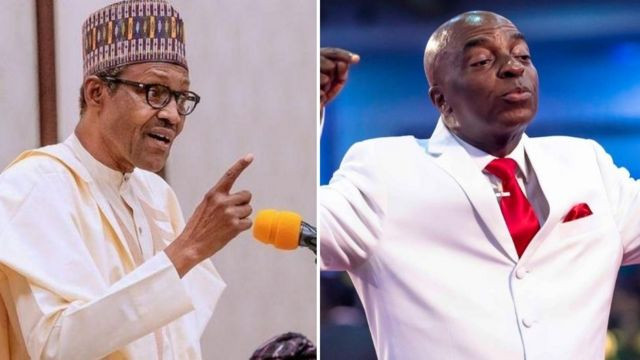 Femi Adesina, the presidential spokesperson, has confronted Bishop David Oyedepo founder of Living Faith Church Worldwide for saying that the Buhari government was ‘the most corrupt regime in the history Nigeria’.

Oyedepo, who spoke at Sunday’s church service, had accused the government of not caring about students and the welfare of citizens. Oyedepo also claimed that N80bn of the Federation’s suspended Accountant General was accused of diverting and could have been channeled for the Academic Staff Union of Universities.

“Many children are out of school. There is nothing to pay to get them to school. We saw some folks in Covenant that we had to help out to graduate. N30,000, first class graduates can’t get the money under this wicked government, selfish, self-centered.

“What a fight against corrupt. You were all deceived. It is impossible to be corrupt and still fight corruption — this is the most corrupt government in Nigeria’s history.

“You may have heard of the auditor-general. N80 billion. They need less than N80 trillion to get the universities up and running. Do they care? They don’t want their children there.”

Reacting to this, Femi Adesina said Oyedepo couldn’t get his facts right because he’s been “blinded by hatred for President Muhammadu Buhari.” He also claimed that the cleric doesn’t know “the difference between Accountant General (only alleged) and Auditor General”.

“The bishop at Ota can’t even get his facts right. Blinded by hatred for PMB, he says Auditor General stole N80bn. Pity! He doesn’t know difference between Accountant General (only alleged) and Auditor General. Like OBJ said long ago, we should begin to ordain our own bishops.” 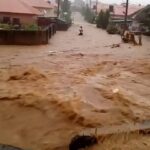 Lady swept away by flood after heavy downpour in Owerri 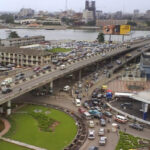 Bullets in my body yet to be...