According to data obtained from Friday’s National Universities Commission, 33 private universities were approved under the presidency of Major General Muhammadu Buhari [retd.]. Within 16 months.

Speaking in an interview with our correspondent, the Programme Director, Reform Education Nigeria, Ayodamola Oluwatoyin noted that while private universities have their benefits; they shouldn’t take the place of public universities.

“However, the government should ensure that sanity is returned to the administration of our public institutions. For instance, ASUU has been on strike for months now and nothing has been done.”

Sunday PUNCH reports that the strike by ASUU which started on Monday, February 14, 2022, entered its 180th day on Saturday, making it the second longest strike since its return to democracy in 1999. The longest strike ever was in 2020 under the regime of Muhammadu Buhari.

The National President, ASUU, Prof. Emmanuel Osodeke could not immediately be reached for comments. 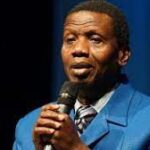 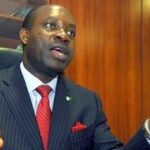 Actor Frederick Leonard opens up on his...