The Academic Staff Union of Universities has made clear the “miserly” offer by the federal government to the ASUU.

Remember that the Union president stated that the union had rejected the “award” of a salary by the federal governments in a statement released by ASUU on Thursday August 18.

Now it is clear that FG offered to raise the salaries of professors by N60,000, while lecturers would see their salaries increase between N30,000 and N60,000.

Stanley Ogoun (Zonal Coordinator, Port Harcourt Zone), made this revelation in a conversation with Punch.

Ogoun noted also that the government had promised to release N170 billion from the revitalisation fund, which would be included in the budget for 2023.

Ogoun said: “Nigerians should be aware of offers the so-called minister came up with. These are: (a) 170 billion naira for revitalisation in the 2023 budget; (b) a promise to increase by N60,000 the salary of a professor at the bar in next year’s budget; (c) no statement on the amendment of the National University Commission Act gathering dust at the National Assembly (d) payment of two tranches of outstanding Earned Academic Allowance in next year’s budget; (d) a promise to adopt the University Transparency and Accountability Solution; and (e) another promise to release the white papers.”

Ogoun continued: “Imagine the level of deceitfulness by the minister! A promise to fulfill demands in an election year? We did not embark on strike for over six months geared towards improving our public universities only to come back with mere promissory notes from a government that is notorious for reneging on agreements. I’m sure Nigerians would not forgive us.

“On the issue of withheld salaries, and the claim that we do not deserve the salaries. We challenge the government to prove if the unproductive staff of our moribund refineries and other agencies of similar nature are not being paid. They should also justify why unproductive politicians that are responsible for the current comatose state of Nigeria are receiving humongous salaries and allowances. For the avoidance of doubt, teaching is only one of the assignments we undertake as lecturers. It only earns a candidate, going for promotion, a maximum of one point per year. Research and community service are the core requirements for promotion.

“The current move by the Federal Government to jettison the principle of collective bargaining and reduce our Union’s objective and patriotic struggle to revamp and reposition public universities in Nigeria to mere award of miserly salaries, ranging from N30,000 to N60,000 is unacceptable to us.” 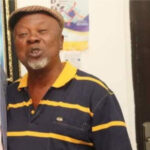 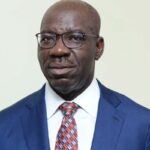