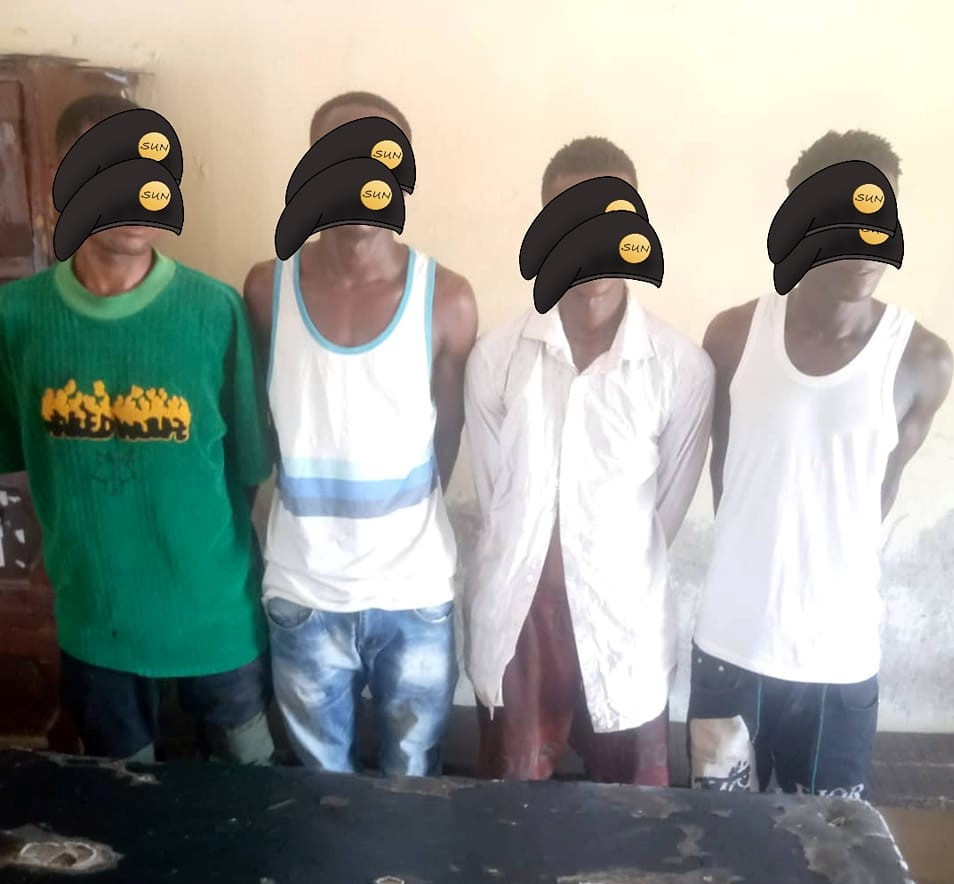 Four suspects were arrested by the Delta State Police Command in connection to the murder of a businessman, Dominic Uguru, and his friend, Jagbo.
It occurred in the Sapele region of the state on Wednesday, November 16, 2022.

Uguru, an electronics dealer was at home with Jagbo when the four suspects, Bright Osifo, (23), Goodness Obade,(30), Obunwa Kasim,(25), and Ogadinma Francis (27) broke into his house at about 11 pm and demanded the sum of one million naira from him.

They discovered that Uguru could only transfer 36,000 naira, and so they killed him and his friend.

DSP Bright Edafe (spokesperson for the command), confirmed the arrest and said that Ogadinma, the prime suspect, confessed to conspiring with the others and killing Uguru because he refused to pay him for a job done.

“Following report received by the DPO Sapele Division from a distressed caller (name withheld), that on 16/11/2022 at about 0900hours, he discovered that his landlord named Uguru Dominic ‘m’ aged 29yrs and his male friend name and address not known were found dead in the bathroom, suspected to have been murdered by unknown persons and that the suspect made away with the victim’s Toyota Corolla car with Reg no. ABJ 271 white in color,” the statement read.

“The DPO detailed detectives to unravel the mystery behind the deaths. Consequently, the team swung into action, and embarked on an intelligence-led investigation which led to the arrest of one Ogadinma Francis A.K.A “Gentle”, aged 27yrs, and the deceased’s vehicle recovered from him,”

“Suspect confessed that he did a filling job for the deceased and after working for him, he refused to pay him the agreed amount. The suspect also stated that he conspired with his friends to commit the crime.

“They stated that the initial plan was to rob the victim, they tied them up till about 4:30 am and then forced him to transfer the sum of thirty-six thousand naira (#36,000) to one of the suspect’s accounts.

“They further stated that they decided to kill both of them because they felt the victims recognized them and will report them to the Police.

“The Commissioner of Police Delta State, CP Ari Muhammed Ali FCIA, PSC+ has directed that the case be transferred to the State Criminal investigation department for further investigation,”

Meanwhile, a source who claim to be Dominic’s friend and begged not to be mentioned told Vanguard that his late friend had just returned the previous day from Lagos where he had gone to stock his shop when the assailants struck.

He lamented that maybe if Dominic had not gone to stock his shop, he would have given the assailants the one million naira and probably saved his life and that of his friend.

“Dominic and Ogadinma are from the same community in Ebonyi State and it was Ogadinma who invited the others to town to attack Dominic and his friend that night, and when he could only transfer thirty-six thousand naira rather than the one million naira they demanded from him, they killed him and his friend and dragged their bodies to the bathroom,” the source said. 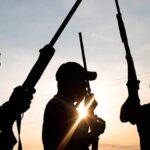 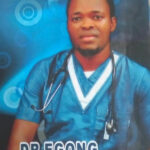 How I ”kidnapped” my customer with the...

Man arrested for masterminding the abduction and...