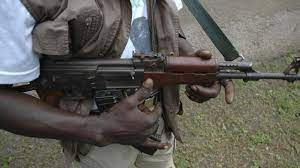 Ikot Ekpaw A senior medical doctor at the Cottage hospital, in Mkpat Enin Local Government of Akwa Ibom State, was abducted by gunmen who stormed the hospital on Tuesday night, February 22.

According to a statement released by the Secretary of the state chapter of the Nigeria Medical Association, Dr. Ekem Emmanuel John, the victim identified as Dr. Felix Ekpo, was abducted while on duty.

The association called on its members to remain calm and alert in their respective duty posts, adding that its leadership was already communicating with the relevant security agencies in the state on the matter. The doctors threatened that they would be forced to suspend their services throughout the state if Ekpo was not released within 48hrs.

The statement reads in part

”It is with deep anguish that we inform you of the sad kidnap of our dear colleague and Hippocratic brother, Dr. Felix Ekpo.

Reports from multiple sources indicate that the kidnappers stormed the Hospital premises this morning, abducted and bolted away with our colleague and his car.

As an Association we are at a loss why indeed any doctor and especially this particular young doctor would be the target for kidnappers considering that his only possession of worth is his medical knowledge and skills, his unflinching passion to avail healing to the sick, and his dedication and love for Nigeria and his immediate environment of Akwa Ibom State- which has made him stay back to medically serve our country in spite of the lure of greener pastures made available by the UK, the USA, Saudi Arabia, UAE, Oman, Kuwait, etc.

In view of this unfortunate circumstance, we, therefore, call on all members of the NMA to remain calm and alert in their various places of work as the leadership of NMA Akwa Ibom state has been in constant communication with relevant security agencies.

Furthermore, we call on the government to make haste to uphold the Constitution, especially Chapter 2 section 14 which states that the security and welfare of the people shall be the primary purpose of Government

To this end, we humbly request the government to deploy all of its rich security machinery towards the urgent and critical task of rescuing Dr. Ekpo, who is not only a citizen but also an employee of the Government, kidnapped in the line of duty, right at his place of duty, as assigned to him by Government.

As it stands, the Akwa Ibom Medical Community is in a state of shock and palpable fear. In the next 48hrs, it is our hope that Dr. Ekpo does return to us, failing which we may be forced to suspend medical services in the entire state so as to enable us to go in search of our dear colleague, Dr. Felix Ekpo”. 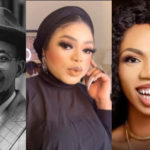 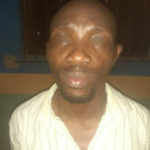