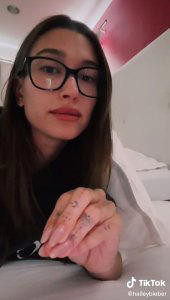 Hailey made the plea in a video shared on TikTok on Tuesday, April 12. The video where she was seemingly addressing fans of her husband Justin Bieber’s ex-girlfriend Selena Gomez, came with the caption “this is for you guys in my comments every single time I post.”

The 25-year-old model who is regularly inundated by comments from trolls comparing her to the 29-year-old singer said;

“Enough time has gone by.

“I’m minding my business. I don’t do anything, I don’t say anything. Leave me alone, please.

“I beg of you. Truly. That’s my only request. Be miserable somewhere else, please.”

It’s not clear what inspired Hailey’s PSA; however, she appears to be referencing comments she’s received about Selena Gomez, 29, who famously dated her husband, Justin Bieber, 28, off and on from 2011 to 2018.

Just last year, Baldwin was taunted by fans of the “Lose You To Love Me” singer, who chanted “Selena” as she walked up the steps of the Met Gala.

The “Yummy” singer also got involved after a fan commented on an Instagram Live chat in December 2020, remarking “[We] need to f–king bombard that s–t with Jelena and how Selena is better. Go after, please, let’s all go after her.”

Justin shot back, “This sad excuse of a human just encouraged people on the video to literally go after my wife telling people to say that my previous relationship was better [and] so on and so forth. It is extremely hard to choose the high road when I see people like this try and rally gather people to bully the person I love the most in this world. It is not right.”

Following his split from the “Wizards of Waverly Place” alum, the Canada crooner rekindled his romance with Baldwin, and the pair quietly married at a New York City courthouse in September 2018.

The couple, who were previously linked from 2015 to 2016, hosted a proper celebration in September 2019, inviting their family and friends to an elaborate wedding reception at the Montage Palmetto Bluff in South Carolina. 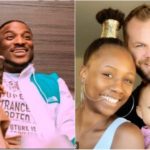