According to him, the negligence on the hospital’s part and failure to properly attend to the actor Dejo’s severe malaria led to his death.

His colleague Kunle Afod broke the news on his Instagram page, saying “You still posted this picture recently only for me to hear about your death today. This is so sad, Pressy Tunfulu. Daddy Junior, still can’t believe this.”

According to the OAP, when he tried the late actor’s phone number to speak to him to debunk the rumors, his phone was picked up by his son who confirmed that he was truly dead.

The reason for his death was not disclosed until hours ago when veteran actor Remmy Shitta Bey granted an Interview with City People.

“I was there, Negligence from the General Hospital killed Dejo Tunfulu” the actor disclosed.

“Dejo walked into the hospital himself on Tuesday, it got worse on Wednesday. They didn’t attend to him, they abandoned him, we were the ones begging them to attend to him, give him the blood, they didn’t act like their colleagues abroad. I know how Doctors abroad will have handled the situation, but these ones were just lackadaisical, our Nigerian hospitals are bad and the government needs to do something about it before they kill us all. I lost count of how many died bodies they brought out from that general hospital that day because I was there from morning till evening….” Remmy Sitta revealed. 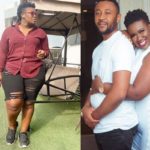 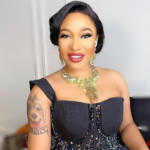 Why I don’t celebrate Valentine’s Day with...

Until you and Joy apologize for your...