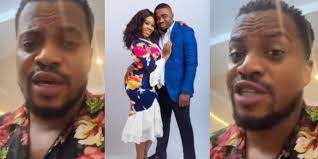 Wumi Toriola’s ex-husband also claimed that Wumi Toriola was guilty of violence, deceit, and betrayal during their marriage.

“Wumi Toriola is not a violent person. She gave her all in that marriage but it didn’t work out as expected. She was a maga in the marriage. Ayo, her ex is so manipulative and he is lying to his new woman just to tarnish Wumi’s image. The mother-in-law he claimed wumi beat still calls her till today

Wumi funded 90% of the wedding. When Ayo her ex was terribly sick and needed money for Surgery. Wumi paid 80% of it. When he had no job, Wumi was taking care of the finances of the home without complaining yet this guy was having extra marital affairs and he gave her a mental torture. When she went to deliver their baby in America. Ayo never called her to check on her. How many women cam accept this?”, he said. 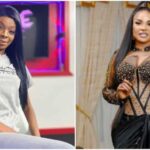 “Best stepdaughter ever,” Iyabo Ojo writes as she celebrates her man, Paul Okoye’s daughter on her 26th birthday 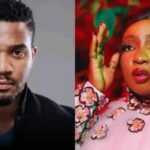 This is humiliating, I didn’t want to...

If your son prioritizes you over his...