Mercy Eke Big Brother Naija reality star, who recently shut down Egbu Community, Owerri, Imo State with her father’s burial has declared to anyone that cares to listen that she is a billionaire.

Mercy Eke who is no doubt one of the wealthiest BBNaija Housemates with a rumored estimated net worth of $650000 dollars, made the declaration on Twitter after a follower told another follower that she is not a billionaire.

It all began after the reality star announced that she has joined her secondary school WhatsApp group and a follower said; “They have a famous billionaire in their midst. They will be so proud”, but another follower debunked it, saying, “she’s not a billionaire”. And Mercy Eke quickly replied, “I am”. 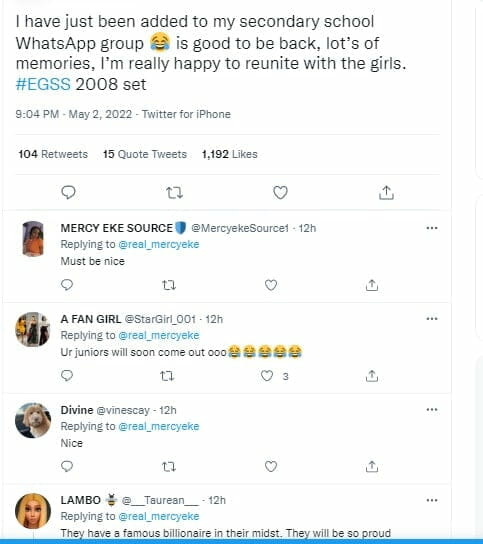 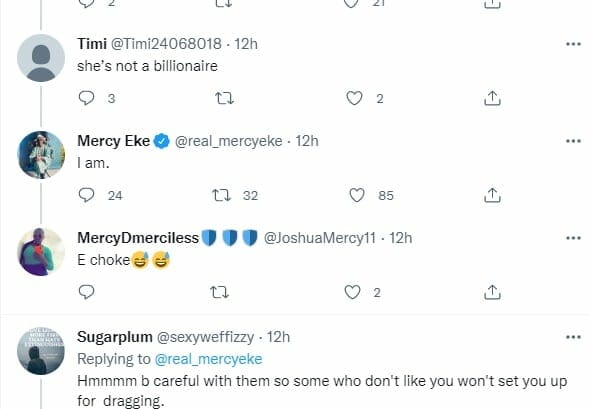 ‘I know one aunty that is 46, but claims 36 – Toyin Lawani calls out actress who lied about her age on social media 10 Businesses You Can Start Making Money From Without Any Capital

My cousin was burnt to death in...

“Love is sweet when you are with...