I cried every day for three months and had therapy in order to survive the NYSC certificate saga – Former Finance Minister, Kemi Adeosun I cried every day for three months and had therapy in order to survive the NYSC certificate saga – Former Finance Minister, Kemi Adeosun

Kemi Adeosun The Former Minister of Finance, has said she wept for days and even had to undergo therapy after she was accused of forging her National Youth Service Corps certificate in 2018.

Adesosun, who spoke at the 10th anniversary of the Uncommon Woman Conference organized by the Jesus House Church, United Kingdom, said she cried so much during the whole saga as she had to deal with shame, betrayal, disappointment, and humiliation during that period.

“That period of life was tough for me. I went to step into the shoes of someone like Ngozi Okonjo-Iweala. So, I was under fire from day one, it looked like things were not working. Then all of a sudden, the economy started to improve. It was like I was beginning to see the desired result. Then out of nowhere, the certificate scandal came. And before I knew it, everything turned upside down. And that was how the issue went viral.”

Adeosun said it was sad that she was even unable to tell her side of the story and had to resign when she could no longer bear it.

“I was born and raised in the United Kingdom; indeed, my parental family home remains in London. My visits to Nigeria up until the age of 34 were holidays, with visas obtained in my UK passport. When I finished school, there was no opportunity for dual citizenship; I either renounce my British citizenship or hold on to it and work here. I didn’t renounce mine. I finished school at 21 and started working at 22.

I obtained my first Nigerian passport at the age of 34 and when I relocated, there was debate as to whether the NYSC law applied to me. Upon inquiry as to my status relating to the NYSC, I was informed that due to my residency history and having exceeded the age of 30, I was exempted from the requirement to serve. Until recent events, that remained my understanding.

On the basis of that advice and with the guidance and assistance of those I thought were trusted associates, the NYSC was approached for documentary proof of status. I then received the certificate in question. Having never worked in the NYSC, visited the premises, been privy to or familiar with their operations, I had no reason to suspect that the certificate was anything but genuine.

Indeed, I presented that certificate at the 2011 Ogun State House of Assembly and in 2015 for the Department of State Services clearance as well as to the National Assembly for screening. I sought legal advice and there was no problem I could get an exemption for the NYSC.

I was so ashamed at that time because I was into teenagers’ mentoring and all of that. So, the experience negated the lessons I had taught my teenagers. I cried every day for three months; I didn’t do anything for anyone or myself for those months. I just cried, cried, and cried.

I thought I would feel better when I got vindicated by the court but I still wasn’t happy. The court cleared my name three years later but it took another time of counseling and therapy before I felt better.

It was thereafter I forged ahead with life and started my charity work.” she said 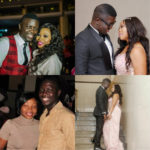 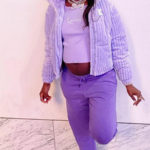 ‘Elohim”- Seyi Shay responds after fans inquired who got her pregnant