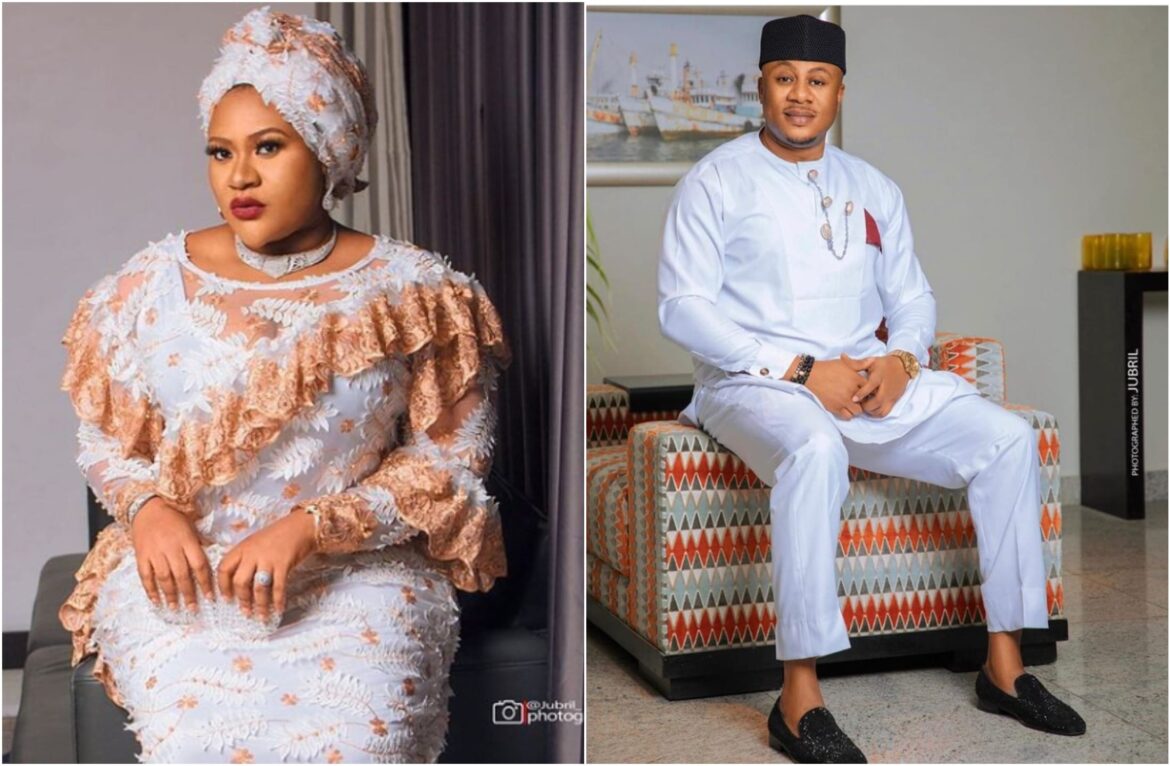 The actress and her ex have resumed their nasty fight after Opeyemi Falegan threw a nasty shade at her.

The politician had taken to an Instagram live session with the controversial actor, Uche Maduagwu where he set the record straight on his interview with Daddy Freeze.

Kemi Filani news reported that the politician had earlier gone on an Instagram live session with media personality Daddy Freeze, where he apologized to Nkechi Blessing for everything that had happened between them.

Opeyemi Falegan admitted he had messed up stating it hurts so much for a person to separate from their lover whom they had publicly flaunted and showered love online.

The Ekiti state politician said Nkechi Blessing shouldn’t be angry with him and would have knelt before her if he had the opportunity to do so.

He added that he wanted to move on but didn’t do it in the best possible manner and he is very sorry for everything.

Opeyemi Falegan also teased Nkechi Blessing as he expressed love for her saying he still loves her from his heart.

Following his interview, many assumed that the politician was begging his ex to take him back.

Correcting their misconception, Opeyemi Falegan stated that he can’t take the actress back because she lacks personal hygiene.

He said, “I apologised for different reasons. I apologized because I just want bygones to be bygones, not because I want her back for what? Are you serious? Do you know why I left? I left with different reasons – personal hygiene – you have to tell a woman to change her pant in 3 days – you have to tell a woman to brush her teeth in the morning and after the whole thing everywhere is messed up. You want me to manage that – no I wouldn’t. If una dey vex, go marry am?”.

Nkechi Blessing who doesn’t take a shade or negative comment slightly, lashed back at it.

The actress revealed that he lied because she doesn’t wear panties.

“Wow just wow… LMAO I am glad your lies be staring into your face Gidigba it’s a known fact that I NBS have never worn a part since I was 18… Opeyemi just wow..that’s was a weak come back bro..leave me alone in peace, when talking about hygiene pls clean that rat hole you live in first…this battle is a lost one already..Stay dead pls. Why is it hard for you to move on, Na by force? If I decide to go that route with you, Omo you no go like me esha oooo…. Leave me alone!”. 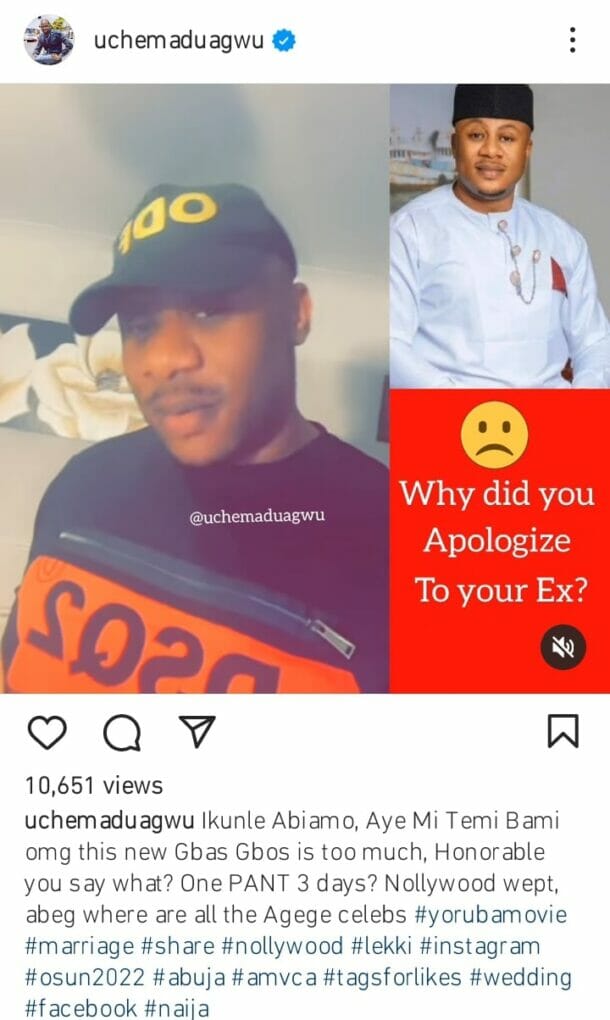 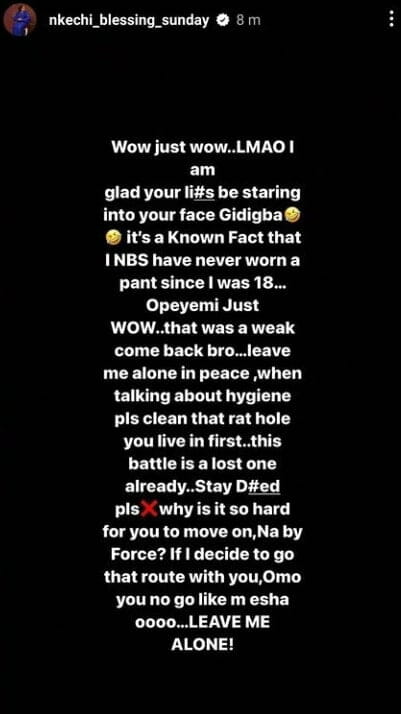 “I left her because she lacks personal hygiene” Opeyemi Falegan shades Nkechi Blessing, she claps back was last modified: May 12th, 2022 by ABBStaff-Mayowa
0
Facebook Twitter Google + Pinterest 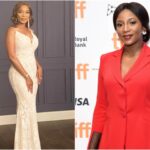 Toyin Abraham addresses those saying she is...

If you want it badly, always be...