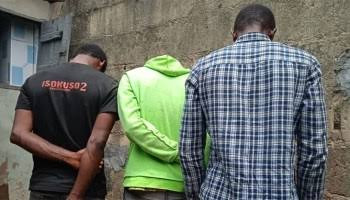 Sunkanmi Adeoye (41), a suspect in armed robbery, said that he went into armed robbery to raise funds for the purchase of baby items for his pregnant wife.

Officers of the command detained the suspect along with Owoseni Aekunle and Kamurudeen Kadiri.

While being paraded before newsmen, Adeoye said;

“Aro got me involved in the operation after I complained to him that I needed cash to take care of my pregnant wife, and also purchase baby items as she will soon put to bed.

He told me we were going for a robbery operation and I agreed to be part of it because he assured me that I will get money from it. I am a photographer, but I need help.”

“It was Aro that introduced me to Kamurudeen and Owoseni. I didn’t know them before the robbery operation. This is our first child; my wife doesn’t know that I have been arrested.” he said I returned my certificate because it has not been useful to me. I want a refund – LAUTECH graudate who visited the school to return his certificate speaks 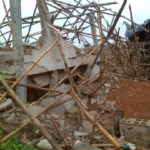