‘I was drunk the day I said I wanted it’ Singer Davido reacts as Drake shows off his N1.7 Billion chain 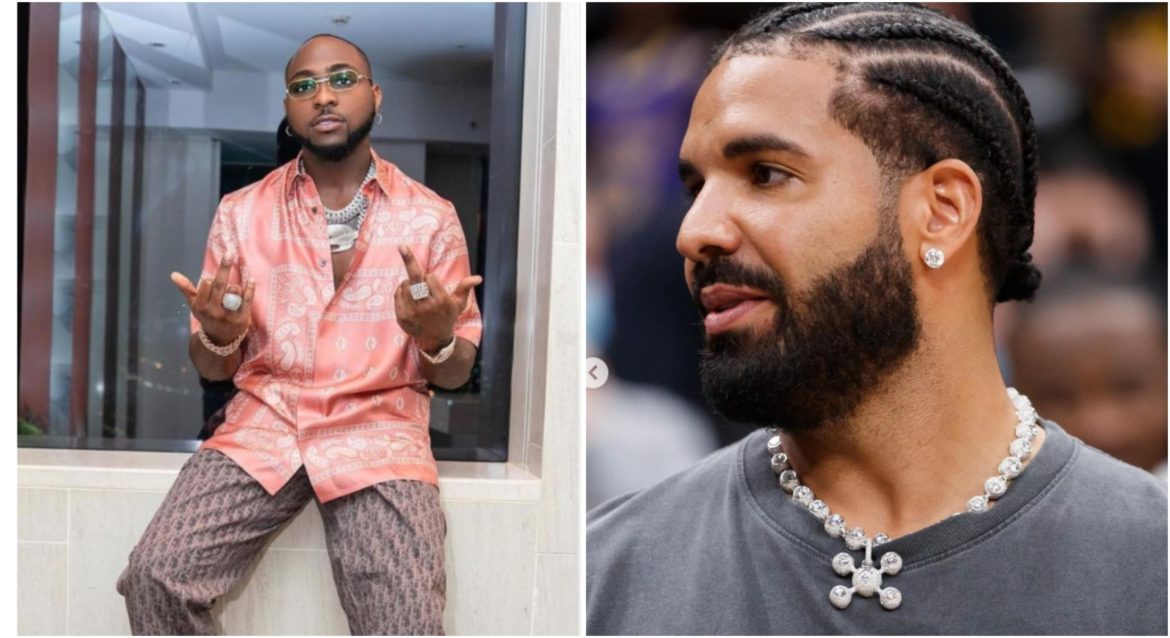 ‘I was drunk the day I said I wanted it’ Singer Davido reacts as Drake shows off his N1.7 Billion chain

Nigerian singer, songwriter, and record producer, Davido has made a U-turn after vowing to acquire the chain of Canadian rapper Drake.

A few days ago, Drake made headlines after showing off the homer chain, worth N1.7 Billion, and Davido reacted.

Taking to his Instagram story, Davido apologized to his fans that he would no longer acquire the chain.

Considering the enormous amount of money, Davido said he was drunk the day he had said he wanted Drake’s homer chain.

He wrote: I was drunk the day said I wanted this…sorry guys

We recall Davido was dragged online after revealing he hasn’t seen Wizkid in four years.

Davido made this known during a recent interview with BBC where he opened up on why he and Wizkid hugged passionately after their reconciliation.

Davido said he and Wizkid were never fighting as the outside world perceived because vastly it was their fans who take things to a whole new dimension.

He added that he and Wizkid embraced heartily because they haven’t seen each other in about four years.

He blamed their hectic schedule for tearing them apart.

This didn’t sit well with netizens as they reminded him of the time they fought dirty on social media in 2017.

They also reminded him of his nasty fight with Burna Boy at a Dubai club where Wizkid was also in attendance.

Spotting his lies, they took to the comment section to drag him. 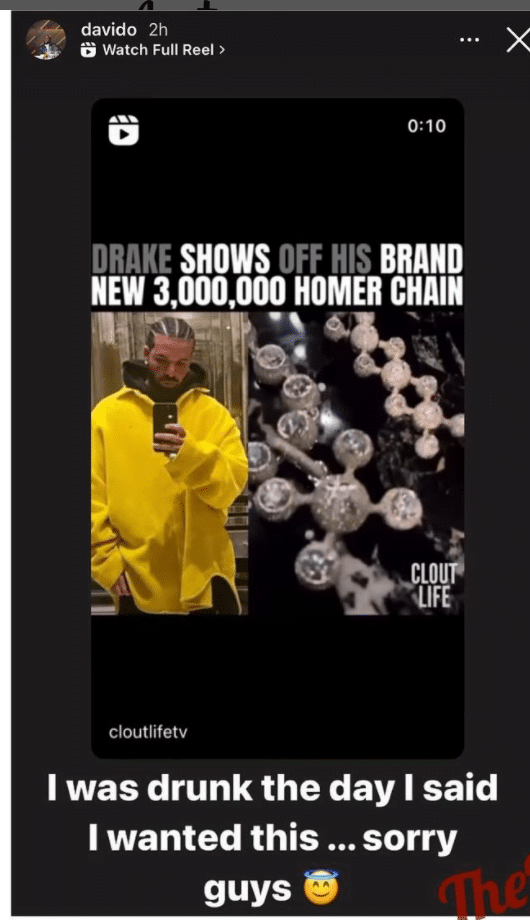 ‘I was drunk the day I said I wanted it’ Singer Davido reacts as Drake shows off his N1.7 Billion chain was last modified: March 25th, 2022 by ABBStaff-Mayowa
1
Facebook Twitter Google + Pinterest 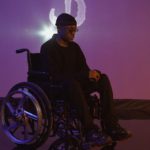 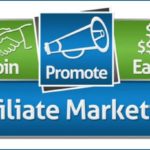 “You are a resourceful woman of class”...

“I am going to explode” Nkechi Blessing...

‘The fake products in this country are...