Nigerian singer Buju BNXN revealed that the woman who posted his nude video to social media was taken into custody.

During an interview with Hot FM, music star made this known to Cha Cha

“That person is in jail now. Yes, nauu that’s blackmail. I did it to a woman you guys won’t take it easy. I got serious backlash off that news because it was a fabricated lie and it was all blackmail and it affected me seriously,” he said.

Buju denied that the caller was pregnant and said the lady wanted him to send him money via BTC.

Filma Jones, who is alleged to have been his girlfriend, uploaded his nude video to social media.

Jones claims that the music star allegedly impregnated her and then left her.

It didn’t end there as she went on to share a video of the music stark naked.

Mixed reactions have been shown to the viral video on social media.

Later, he took to his Snapchat account and revealed that he was devastated.

“I’m incapable of loving anybody in this world asides Peggy. Before you step to me with whatever you think you got going on, know this,” he wrote.

“I fit dey follow you catch your cruise but you no reach. Na me just dey do rubbish. For the first time in my life I’m heartbroken and na me cause am.” 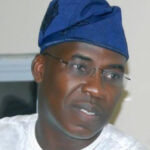 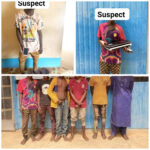 Lawmakers on recess risk being kidnapped during...