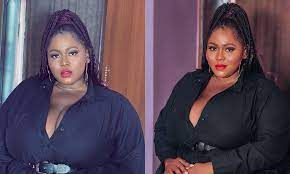 Monalisa Stephen, a Nollywood actress, and body-positive advocate seem depressed. She revealed that she has been fighting diabetes since childhood.

According to the TV star, who previously stated that she preferred older men for her relationships via her Instagram page. She said that she is slowly recovering and has had to deal with negative comments from trolls on her social media accounts.

She shared the truth about her struggles. Ms. Stephen wrote: “Over a week there have been incorrect misconceptions/Talks that I would have ignored, but I owe my family, friends, and women who look up to me to tell “MY TRUE”.

It’s far from ” BODY POSITIVITY” what happened to me.

Have had my own share of the struggle/suffering( I came from Nothing) so I work really hard to get here and I will work harder. Over the years I have grown a thick skin. When trolls come for me sometimes I am thinking of my next meal or my next content. Sometimes I am struggling with how not to go completely blind due to complications from Diabetes which I had since I was 10 years old. Then some other stuff and TInnitus. (you don’t want to have that trust me )But I understand people just wanna troll you without not thinking about what you may be going thru. I was suicidal due to this ugly incident but I am not Depressed.

It was just a bad thing that I met Evil, and I am grateful for my healing.”

We recall that the plus-sized model hinted in her message she was tired of being betrayed, as she trusts too heavily.

She also said that she was ready “to quit”.

Many people who saw her post were concerned about her and have been calling her friends and family to make sure she is okay.

She wrote in the message “This moment before I depart. I have never felt more clarity. Finally, I will be completely free of all the voices, the pain, and you.

“I cannot stand betrayal. I trust too much, too fast. This is not what my heart desires, but it’s the only way I know how to do it. I’m too weak, so I quit.

Monalisa’s management published a statement within hours of posting the message, claiming it was written in one of her “down moments”.

Estolafrica was also mentioned in the statement as being responsible for her affairs until she feels able to return to social life.

This is a development that comes a few months after the actress reveals she was bullied all her life, even in secondary school.

She said that she was always body-shaming because she was the only fat girl at her school. She was so inspired by her challenge to create the “Love yourself Movement”, which is designed to help others like her understand who they are. 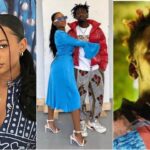 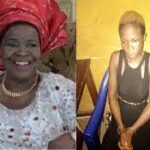 The housemaid who killed ex-governor, Lucky Igbinedion’s mum sentenced to death by hanging

Singer Kizz Daniel to perform at the...

We can’t raise the ransom for kidnapped...