It was revealed that the Nigeria Railway Corporation’s daily fuel costs are 135.3 percent higher than the amount it earns from selling tickets to passengers.

It was also discovered that the NRC had reduced the Warri-Itakpe and Lagos-Ibadan train trips by half due to the increase in diesel prices and the negative effect on railway services caused by the March 28, 2022 bombing of the Abuja-Kaduna train.

Fidet Okhiria (Managing Director, NRC), spoke in Abuja, that though passengers were gradually returning, the March 28 incident did not only crumble the Abuja-Kaduna route, but made travellers to desert railways nationwide.

He stated that this was made worse by the rise in diesel prices, which made it difficult to run rail services in Nigeria, as the NRC was spending more than twice of its earnings from ticket sales on the purchase of diesel.

He said, “The Abuja-Kaduna train bombing on March 28 has seriously affected us. The Abuja-Kaduna service was doing marvelously well. At a time, we were hitting N450m monthly and by the time you remove all operational costs you’ll still have something to pay to the government.

“But now, we can hardly buy diesel to operate. In fact, the major headache now is the price of diesel. For instance, on the average, we use about 24,000 litres daily for the Lagos-Ibadan service and we barely earn up to N1.7m per day.

“Now the supply cost for a litre of diesel is close to N1,000. At the filling stations, you get it for about N700 to N800, but if you have a supplier, he will have to put his profit margin, VAT and others, and this brings the cost to bout N1,000/litre. So, we are talking about spending almost N4m on diesel alone, when we barely make N1.7m. But we still have to provide the services on that route.”

Okhiria replied when asked to explain how the NRC was sourcing funds to sustain its operations, “In the 2022 budget, the government provided about N500m for diesel, which barely lasts up to a month for rail services across the country.

“We also search for funds from other sources, such as property rents and others. So, we use it to augment what we earn from the train services. See, it has been a serious headache, I won’t lie to you. It has been stressful and the NRC is owing for diesel, but we cannot stop.”

Speaking further on the incident of March 28, 2022, Okhiria said that it impacted not just on the Abuja-Kaduna route but on all train services in Nigeria.

He said, “Before passengers had the confidence that train ride was the safest, but when that incident happened, it was a big blow to the rail industry. It is now that people are trying to build back the confidence. So, the volume of passengers has reduced.

“And, unfortunately, the war in Ukraine and other variables have made petroleum products’ prices to skyrocket astronomically. And being a service provider for the benefit of Nigeria, we cannot just wake up and increase fares. For even when you increase fares, you may price yourself out of competition.”

The NRC boss said that in order to limit losses, the corporation had to check its operations to maximise what it had without causing pain to passengers.

“So, we had to reduce the number of trips by half on both Lagos-Ibadan and Itakpe-Warri train services and that is what we are still doing. This is because the revenue we earn cannot pay for the amount we spend on diesel presently,” he stated.

Okhiria added, “We are just trying to get support from other sources to be able to pay just for diesel, not to talk of payments for cleaning, security, among others. All those are also pending issues that will take a lot of money to maintain them.

“The Lagos-Ibadan trips were up to six in the past and by now we should be talking about 10 trips, if not for the problems. But now, we operate four trips on that service. On the Warri-Itakpe service, we are doing just two trips as against the four trips that we were doing before.” 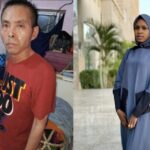 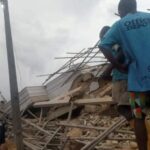