Peter Nwachukwu, the husband of deceased gospel singer, Osinachi Nwachukwu, has denied claims of abusing her while she was alive.

The popular singer died last Friday, April 8. She was allegedly in a coma for five days before she died. Family members, children, and friends of the deceased who was a lead singer at the Dunamis International Headquarters, Abuja, alleged that Peter subjected the popular singer to domestic violence.

Nwachukwu was arrested on Sunday, April 10 by the FCT police command on grounds of suspected culpable homicide.

Speaking from police custody, Nwachukwu said his late wife had been battling an illness since November last year. He said that he first took her to Federal Medical Center (FMC), later to Gwagwalada General hospital, and then to National hospital, where she died. He did not say the nature of her illness.

Nwachukwu who is now in the custody of the State Criminal Investigations Department SCID was led in handcuffs and taken to their matrimonial home to provide evidence of the hospitals he claimed to have taken his deceased wife to for treatment.

An autopsy is to be carried out on late Osinachi’s body today April 13 to determine the cause of her death. 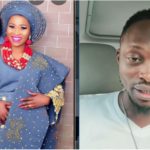 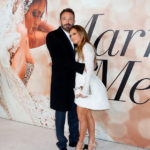 Photos of the 23 Kaduna-Abuja train attack...

Controversy surrounds killing of 12 persons in...