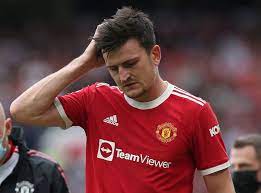 Harry Maguire was reportedly threatened that his house would be bombed within 72 hours if he did not quit Manchester United in a horrific death threat.

The England defender received a bomb threat to his home on Wednesday.  The threat was reported to Cheshire Police, who conducted a sweep of the footballer’s home.

Police sniffer dogs carried out urgent bomb searches at the Cheshire mansion he shares with fiancee Fern Hawkins and their two daughters, following the anonymous email sent to his agent.

The security team around the Man United captain and England defender is also thought to have been beefed up.

But The Sun claim the 29-year-old was given a chilling ultimatum which gave him 72 hours to quit his club or have three bombs which had been planted at his house detonated.

The report adds the centre-back was at United’s Carrington training ground when he was made aware of the sickening message on Wednesday – a day after United had suffered a 4-0 defeat by Liverpool – and consequently rushed home.

His fiancee and daughters Lillie Saint, two, and Piper Rose, one next month, have gone to a safe house while Maguire himself is staying with a team-mate, the report adds.

The same outlet claims Maguire is in the process of purchasing new CCTV and 24/7 guards, and that police once again searched his house on Thursday but found nothing.

A source told The Sun: ‘This was taken very seriously. Harry and his teammates regularly receive death threats on social media but this was different.

‘The email said three bombs had been planted at his home. He had 72 hours to leave United or they’d be detonated. It was dripping with hatred and abuse.

‘Fern was hysterical. She doesn’t feel safe anymore. She’s had enough of the abuse Harry gets. It’s relentless, personal and out of order. Enough is enough.

‘They’re a close family and Harry has always put them first but at the same time he refuses to give into the hate mob.’

Police said they were ‘called to reports of a bomb threat at an address in the Wilmslow area,’ and that ‘no evacuations took place, but as a precautionary measure a police explosives dog has attended the address this afternoon, Thursday, 21 April, to conduct a search of the gardens and surrounding area.’

A spokesperson for Maguire described the incident as ‘a serious threat’ but insisted the defender was ‘continuing to prepare for this weekend’s fixture as normal’.

But The Athletic claim while he is keen to travel with the squad that faces Arsenal on Saturday, he is likely to be on the substitutes’ bench if and when interim manager Ralf Rangnick needs him.

German boss Rangnick offered his support to Maguire, saying: ‘I only got to know about this terrible, terrible thing on Thursday afternoon and I haven’t been able to speak with him. It’s another bad sign of the crazy world we’re living in. I feel sorry for Harry. He knows everyone is behind him.’

Man. United captain, Harry Maguire was told to ‘quit the club or die’ with the defender given 72 hours or three bombs would be detonated at his family home was last modified: April 24th, 2022 by ABBStaff-Mayowa
0
Facebook Twitter Google + Pinterest 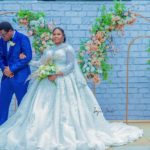 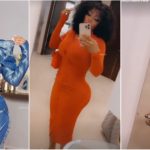