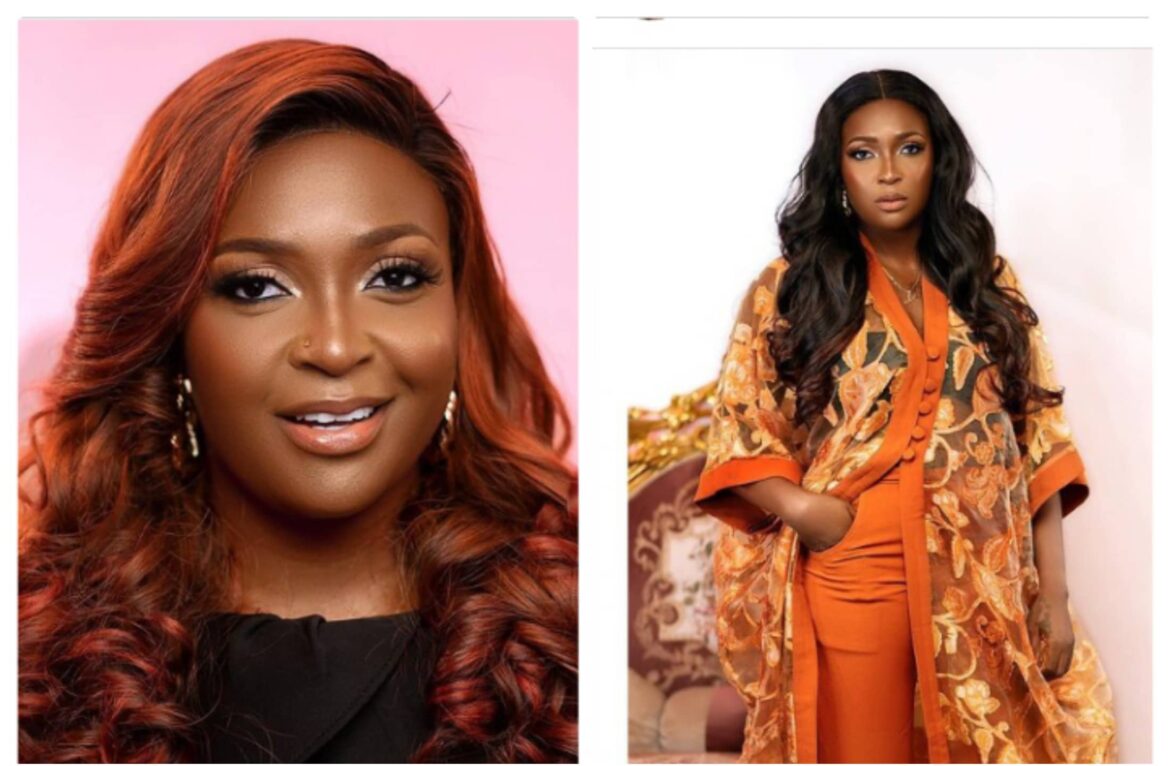 Blessing Okoro The Self-acclaimed relationship expert, has caused a stir online after she avowed that men don’t need the permission of their wives to marry second wives.

The mother of two stated that if her husband tells her he is taking a second wife, she would slap him for disrespecting her.

Blessing CEO said that the man should marry her the same way he has been sleeping with her.

She affirmed that a man doesn’t need permission from his wife to marry a second wife.

Blessing Okoro pointed out how no woman would ever give her blessings for her husband to take another wife.

Blessing CEO wrote, “If my husband tells me he is taking a 2nd wife, I will slap him….That is the disrespect. If you respect tell me when you started cheating… Marry her and bring her home same way you have been sleeping with her. An mM doesn’t need the permission of his wife to marry 2nd wife because she won’t accept. Is like calling your wife, that I want to cheat..be factual”.

The relationship expert stated that she respects men who own up to their shit.

For coming out to admit his wrongs and to announce the news, Blessing CEO applauded him for doing the right thing by making his side chick his wife.

According to her, his audacity doubled her respect for him.

In another post, she avowed that it is more honorable to have a second wife than be a side chick.

Lashing out at other men frolicking out with ladies, she told them to ‘wife’ their mistresses. 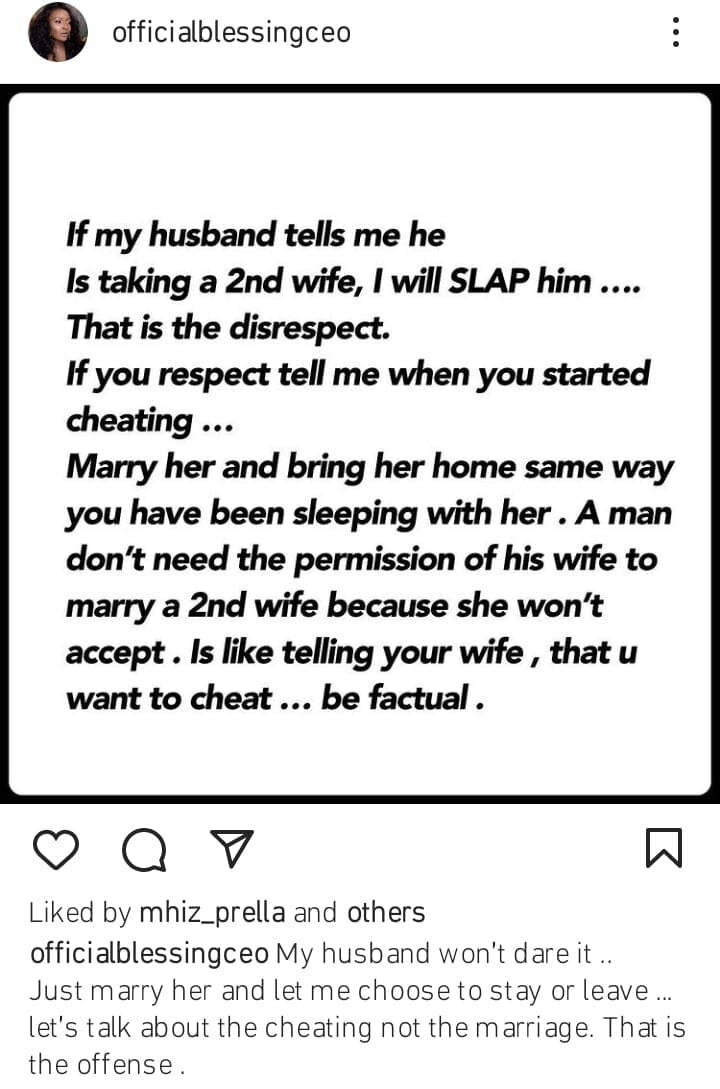 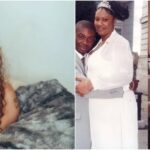 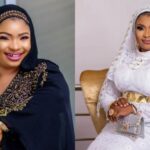