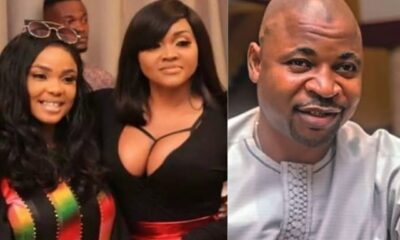 Nigerians have dragged Nollywood Nigerian film actress, director, and producer, Iyabo Ojo through the mud after recently trading words with some Internet trolls.

Mercy Aigbe has no doubt caused havoc for many of her female colleagues as they are no longer free to celebrate married men, following how her relationship with her new husband, Kazeem Adeoti began.

Iyabo had taken to her Instagram page to pen down a tribute to MC Oluomo and a troll had questioned if she wouldn’t end up being Mercy Aigbe’s second.

According to the female troll, she hopes the actress wouldn’t claim to be the owner and snatch his wife.

“Hope tomorrow you won’t claim to be the owner, and ignore his wife Sha. Just asking for a friend. Awon owners owner”.

Firing back, Iyabo Ojo stated that she was spiritually mad.

Unfortunately, fans weren’t buying her ‘weak clapback’, as they lashed out at her for evading the question.

Some reactions culled below:

ade_damola: “what has spirituality got to do with that valid question the reply no enter jor”

ceemplybecca : The clap back didn’t clap tho

tulad_jays : Na Mercy cause all this see finish for una 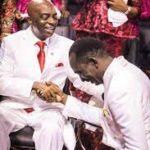 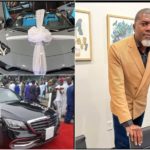 ‘Buhari who bought N280M Maybach with your money deserves hard knocks, not Davido who acquired Lamborghini with his own money’ Reno Omokri tells critics

Your lifestyle and culture are working against...

“We will achieve a resounding victory with...