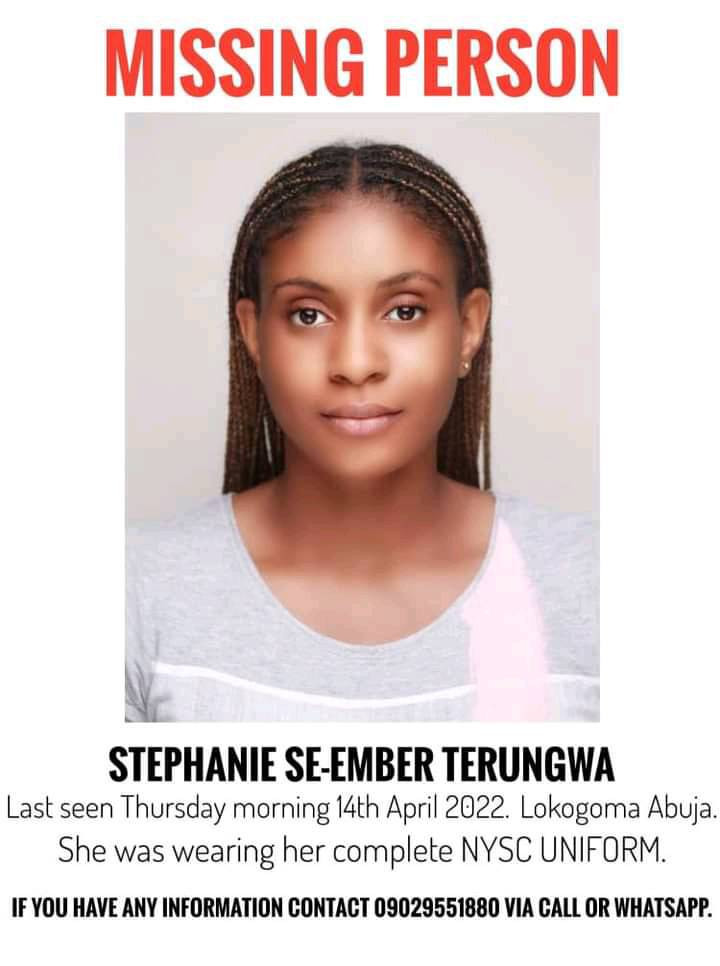 Stephanie Se-ember Terungwa A female corps member,  who was declared missing on April 14th in Abuja, has been found dead.

A statement released on the social media handle of the National Youth Service Corps says Stephanie’s body was found on Wednesday, April 27, still dressed in her NYSC uniform, almost two weeks after she disappeared in the Logogoma area of the capital.

Stephanie who hailed from Benue state studied Microbiology and was serving in the Federal Capital. 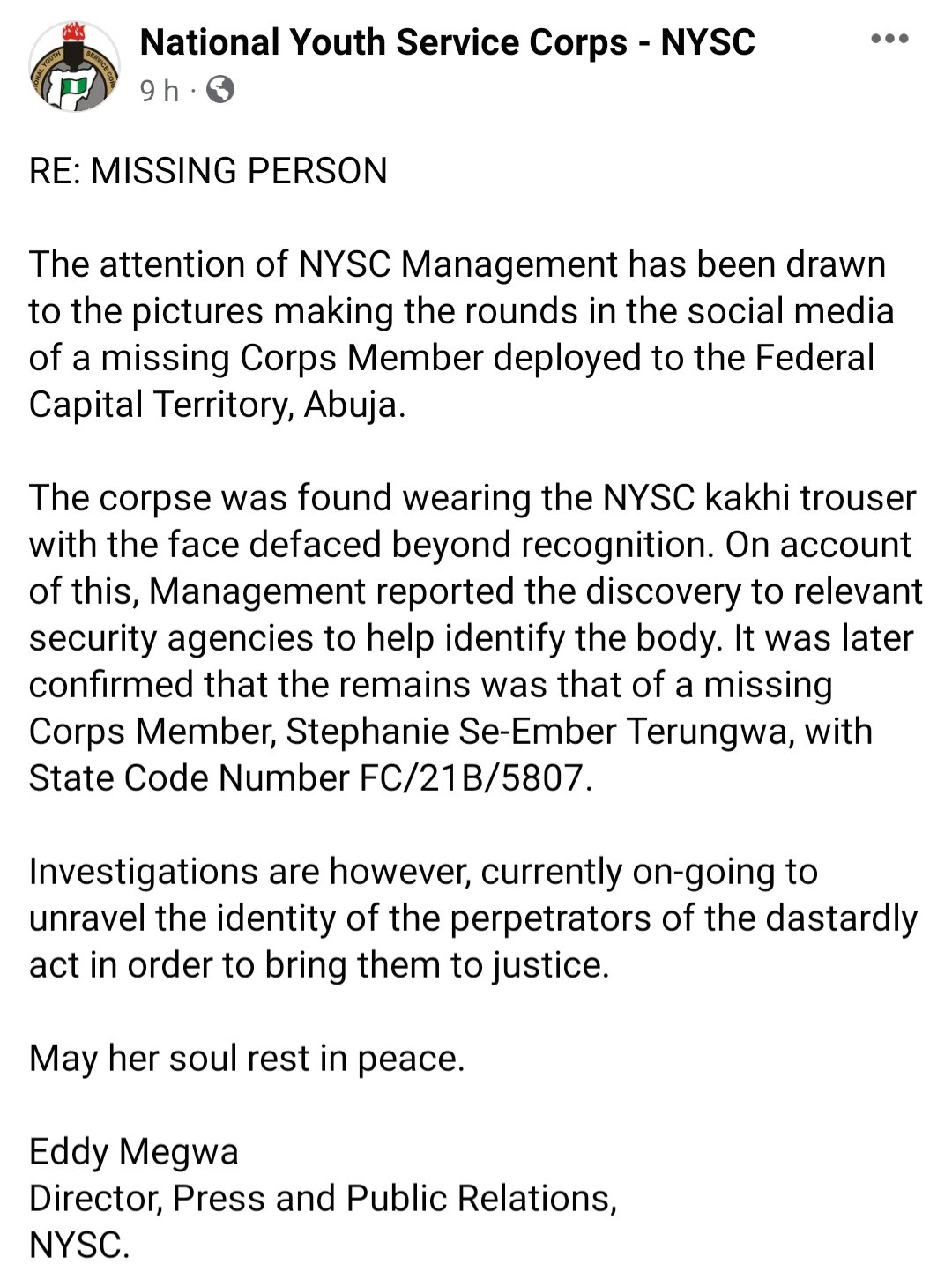 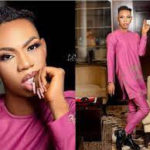 I lost my shame the day Nigeria accused me of being a homosexual – Cross-dresser, James Brown, speaks on why he isn’t ashamed of acting like a female 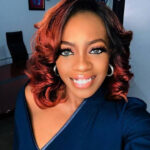 If your husband is in “industreet” be wary, a lot of men in the entertainment industry will soon find themselves in Yul’s situation – Shade Ladipo

Lady trends after sharing photos of a...