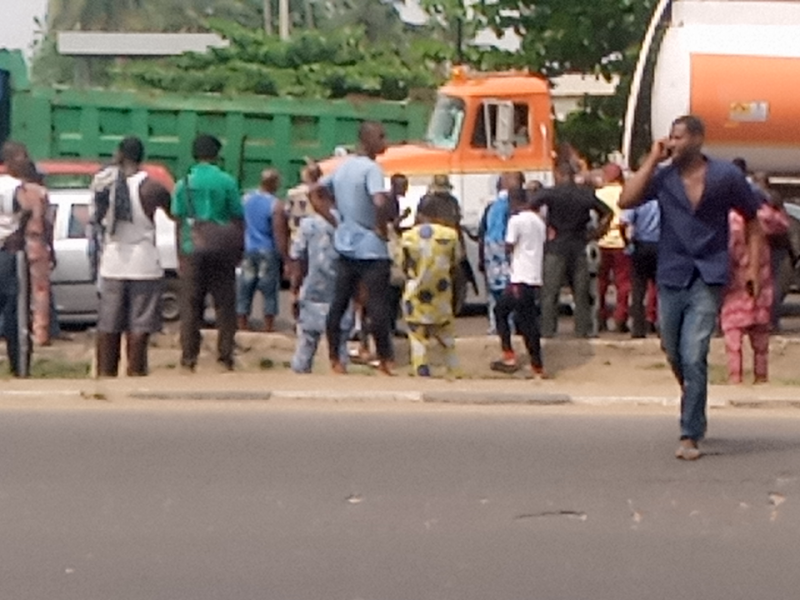 A hit-and-run driver struck down Hassan, a pedestrian in Moshalashi Bus-Stop in the Ipaja region of Lagos State.

The incident took place on Saturday, just after Hassan tried to extort money from the driver of the vehicle that had broken down.

Our correspondent saw a photo that showed the victim lying in a pool of blood on the road.

Badmus Oriade, a resident, stated that Hassan was a well-known street urchin who extorted money from owners of vehicles with broken down engines.

He said, “He is well known in the Ipaja neighborhood. A delivery vehicle broke down here at Ipaja on Friday. When the owners of the delivery van came with mechanics to get their vehicle off the road, he accosted them and tried to extort money from them but they refused to pay and he threw a bottle at them.

“He ran away when the owners of the delivery van chased him. Unfortunately, as he tried to cross the median to the other side of the road, he tripped and fell. An oncoming commercial bus driver hit him and while people converged around him to resuscitate him, the driver escaped.”

Oriade said men of the Lagos State Ambulance Service later intervened and took him to a hospital.

“LASAMBUS officials were on their way to another place when they saw him, stopped and administered first aid to him before taking him to a hospital,” he added.

The Director General of the Lagos State Emergency Management Agency, Dr. Olufemi Oke-Sanyaolu, confirmed the incident in a statement.

He said, “While heading back to base, the agency’s response team sighted an adult male who appeared to have been hit by a vehicle.

“He was discovered lying in a pool of blood. The plan was activated and the LASAMBUS unit was dispatched from the control room.” 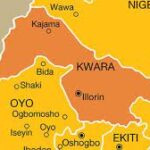 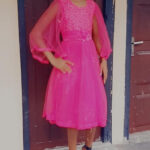 Use of ‘massacre’ during #EndSARS protest is...