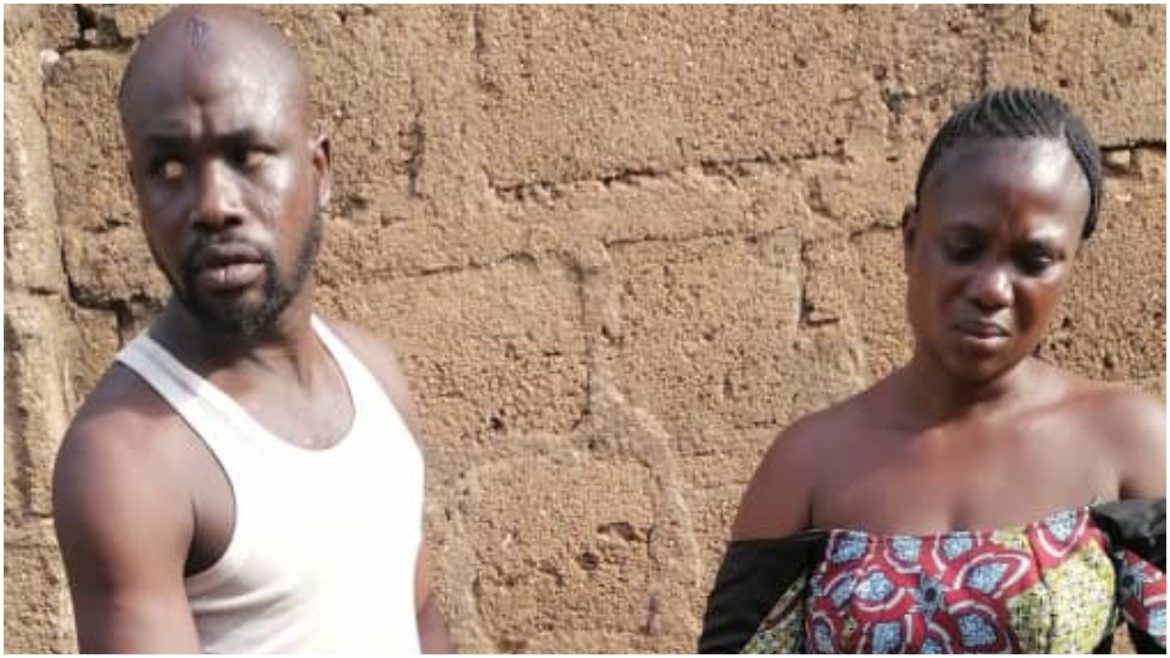 The Ogun state police has arrested 43-year-old Kehinde Oladimeji and his 35-year-old wife Adejumoke Raji over the weekend for being in possession of human parts at Leme area of Ogun State have confessed on how they killed their victim, his wife’s friend.

While being paraded before newsmen on Monday, February 14, at the Ogun State Police Headquarters, the husband, Oladimeji, revealed that his wife singlehandedly killed her friend, who had paid them a visit.

He said it was the body parts of his wife’s friend that the police saw in the bucket caught with them.

According to him, his wife butchered her friend and dismembered her body parts, after which they both sold the deceased’s head to someone in Ibadan, the Oyo State capital for N70,000.

“There was a day my wife invited her friend, a lady, to our house for a visit. The first time she came was on a Tuesday, she came that particular day and went back home.

But the second day she came, it was a Thursday. That day, my wife cooked noodles and eggs for the lady, which she ate. Later, the lady went into the bathroom to shower.

But when it was getting dark that day, I inquired from my wife when her friend would go home, but my wife said she was weak and would need to lie down to regain her strength. I sat in the backyard, but when I returned to the room, I realized my wife had killed her friend and dismembered her body.

When I asked her why she did it, she told me that the lady had offended her a long time ago. The person who bought the head came from Ibadan. His name is Oluomo,” the husband revealed

He explained further that his wife had overheard him on the phone when a friend from Ibadan called him to request a human head.

“I have a friend in Ibadan, who is popularly known as Omo Baale. He told me he needed a human head, but I told him I didn’t have such a connection or anybody who can help facilitate it.

My wife heard the discussion and asked me how much the man would pay for the human head. I told him he was ready to pay N70,000. I never knew my wife had made up her mind.

As you can see, I’m not a strong person. When the incident happened, I had wanted to kill myself, ” the husband said

My wife killed and dismembered her friend who offended her – Couple arrested with human parts was last modified: February 15th, 2022 by ABBStaff-Mayowa
0
Facebook Twitter Google + Pinterest 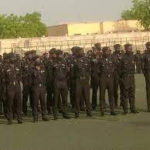 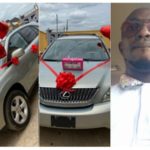 Killing my parents an act of jihad...

I still want to marry her a...