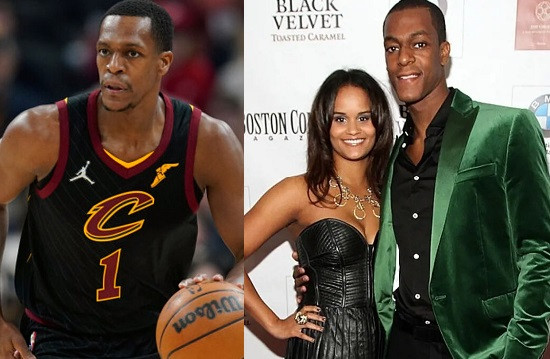 Cleveland Cavaliers star, Rajon Rondo has reportedly been accused of threatening to kill his ex-wife with a gun.

Ashley Bachelor, Rondo’s former partner and mother of his two kids, filed for an emergency protective order in Louisville last week, requesting protection for her, her son, and daughter,  reports TMZ Sports.

Sharing disturbing details of the alleged incident, Bachelor said Rajon — a 2x NBA champ and 4x All-Star — was playing video games with his son on May 11 when Ashley asked the boy to separate laundry. Bachelor alleged that Rajon became enraged and ripped the game console out of the wall in front of the kid.

Ashley said Rajon then continued the destructive behavior, smashing everything from a teacup to outdoor lights and trash cans.

According to her,  while the kids were upset after witnessing their dad losing it, she tried to “deescalate” the situation. But Rajon responded by making a death threat, allegedly saying, “You’re dead.”

Rondo temporarily left the home, according to Ashley, before returning about 15 minutes later, when he allegedly approached a back door and began banging on the window with his gun.

Bachelor said she didn’t know what was going on, but when she approached the door from the inside to take a look. She allegedly saw Rondo with the weapon and asked him to stop because he was scaring her. She said Rondo didn’t listen, and instead yelled, “Go get my f**king son!”

Writing in her emergency order of protection on May 13, Bachelor said :

“I am extremely fearful for my safety and for the safety of my children. Rajon has a history of volatile, erratic, explosive behavior. He is verbally, emotionally, and financially abusive. He physically hits our son and calls him names like ‘p***y’ and accuses him of acting like a ‘bitch.'”

“Rajon verbally assaults our daughter. He calls her names like ‘thot, bitch, and d**khead.’ Rajon has made several threats on my life, saying at various times he will shoot me or shoot up my car.”

Ashley Bachelor was granted protection for herself and her two children by a local judge.

NBA star Rajon Rondo accused of threatening to kill his ex-wife and children with a gun was last modified: May 17th, 2022 by ABBStaff-Mayowa
0
Facebook Twitter Google + Pinterest 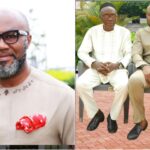 “My father has been kidnapped for weeks”, Actor Uche Odoputa cries out for help 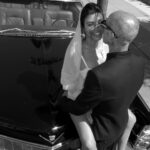