“No one has this Richard Mille’s watch” Burna Boy brags, dares his colleagues 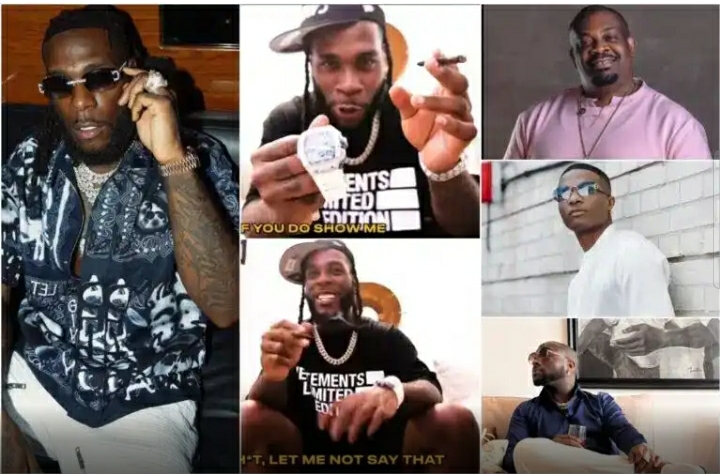 “No one has this Richard Mille’s watch” Burna Boy brags, dares his colleagues

The singer acquired the wristwatch from a famous European jeweler.

The singer who was quite elated at his new acquisition dared anyone who has the same watch to prove it.

He vowed to get another one if someone else possesses it.

The Grammy winner disclosed that the watch was his third purchase as he has an 11 Rose Gold, Romain Grosjean, and the F1 Lotus”.

“I almost forgot you have a Richard Mille for me. Get me! Man need to be sexy out here. No one’s got this, if you do, show me. I will get another one. So you got a strap to match the Lamborghini”.

We recall Burna Boy had reacted to his colleague, Davido’s claims that he bought his newly purchased Banana Island land for 2.5 billion.

The singer had set the internet on fire after he revealed that his Banana Island land is worth 2.5 billion naira.

In the post on his Instagram story, Davido expressed appreciation to God, saying he had acquired new land to build his dream home.

Hours after the news broke out, Burna Boy took to his Twitter page to shade the singer.

Burna Boy bragged that he still remains the highest-paid artiste.

He tweeted, “And Still…. THE Highest paid”. 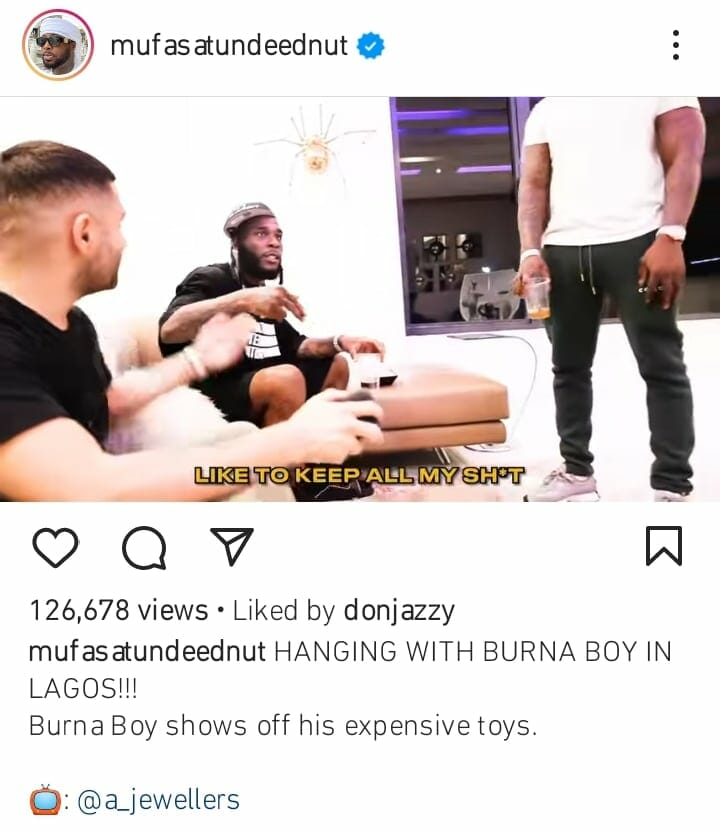 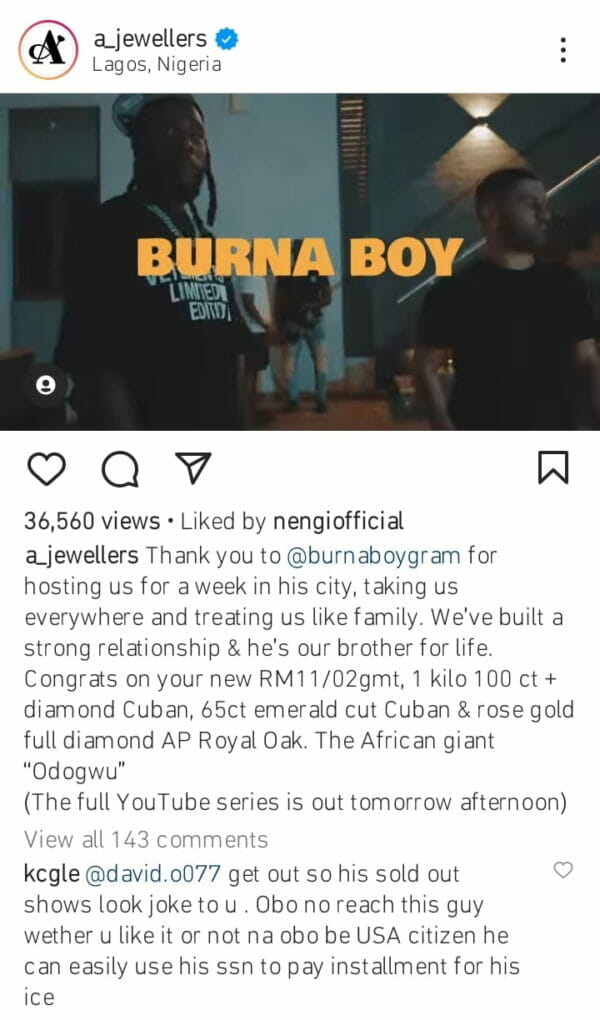 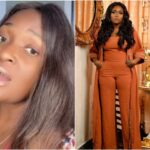