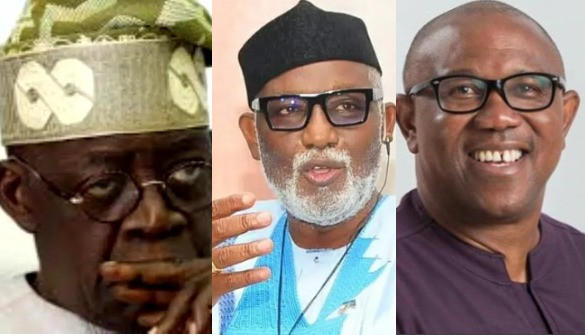 Governor Rotimi Akeredolu, of Ondo, said he would not mind if Peter Obi from the Labour party wins 2023’s Presidential election so long as the Presidency goes to the South.

Akeredolu, a member of APC, stated this in an interview with Channels TV.

On several occasions, the governor insisted that the presidency should be transferred to the south because President Muhammadu Buhari (whose term will end in 2023) is from the North.

When asked if he would have supported a Muslim-Muslim presidential ticket if he was in the opposition party, the Ondo governor said religion should not be an issue in the 2023 elections.

“I would have said the same thing. If you had listened to my lecture today, I was very clear. I said that religion is not the issue now. We have other issues that should be on the front burner today in this country — issue of restructuring, issue of rotational presidency, among others.

I said, ‘look, since 1999, there is an understanding that we will move from north to south — rotate the presidency’. And if today, we have people who want to deploy what I call manipulation of our people on religious basis to think that they can change this (call for southern presidency), then we should not accept it.

No problem if Peter Obi wins in 2023 as long as the presidency comes to the south – Gov Akeredolu was last modified: August 11th, 2022 by ABBStaff-Mayowa
0
Facebook Twitter Google + Pinterest 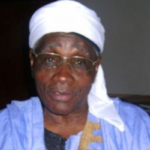 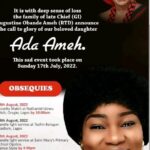 How Pastor Jerry Eze Became One of...