Oyo State Command, Nigeria Security and Civil Defence Corps has started a three-day training program for divisional heads and officers on special surveillance techniques that can be used to protect worship centres within the state.

Oyindamola OKuneye, the Command’s Public Relations Officer, stated this in a statement that was made available to our correspondent in Ibadan Wednesday.

Michael Adaralewa Oyo State Commandant at NSCDC charged the officers with using the skills they had learned during the training to make the state safer.

“I urge you to surrender yourselves for the protection of the lives and property of the people of the state by applying the knowledge gained during the training. Let this be shown in your service delivery for the safety of the state,” he said.

The Head of the Training Department, Oyo State NSCDC Kabir Baffa, emphasized the need for the officers and men of the corps to be equipped with knowledge that could boost their efficiency.

He said, “You must understand the effective way of defending the defenceless because this is the only assignment-saddled security agency in the country.

“If the officers that are supposed to protect do not know the techniques of protecting, it is a disaster.”

While giving a lecture on the importance of information gathering for effective policing as a tool in successful operations, the Deputy Commandant of Corps, Soji Akingbade, who happens to be the Head of Intelligence and Investigation Department, said without credible and prompt intelligence gathering, no operation would be successfully completed.

He told participants and the general public to always inform the corps with credible information about the happiness in their jurisdiction.

While speaking on the special tactics needed on surveillance at worship centres in Oyo State, Deputy Commandant, Oladeji Patunola, the Head of Operations of the Corps in the state emphasized the importance of understanding the environment, especially during the worship sessions on Fridays and Sundays.

“We have started and we shall continue to be present at all worship centres in the state as implemented by the Commandant General of the Corps, CG Ahmed Abubakar Audi,” he said. 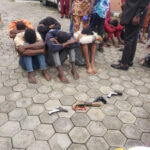 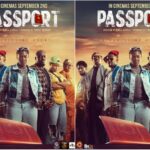 A man returning from a bar is...