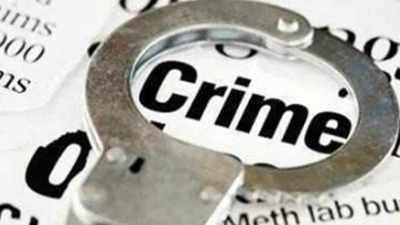 The parents of Khadija Abdullahi a 5-year-old girl, who was abducted and killed by their neighbor in Bauchi, said they shared a close relationship with the suspect and their daughter called him’ father’.

Recall that officials of the Nigeria Security and Civil Defence Corps arrested 52-year-old Kabiru Abdullahi and his accomplice, Alhaji Yawale, 45, for kidnapping and killing the minor in Narabi village, Toro Local Government Area of the state.

The suspects abducted the child in front of her family’s house and took her to a bridge where they strangled her and put her body in a sack.

They later buried the corpse in Kabiru’s kitchen and thereafter contacted her father, a businessman. The suspects demanded N1m ransom and after bargaining, they collected N150,000.

Speaking to Daily Trust, the father of the deceased, Abdullahi Yusuf, said he had never imagined that Kabiru Abdullahi would carry out this dastardly act because of their relationship.

He recalled that the suspect was instrumental in him acquiring the plot of land where he built his present house.

He said, moreover the suspect kept all the building materials used in building the house seven years ago.

According to Malam Yusuf, his daughter went missing on April  18. He was at the shop in the market when he was called and told that she has not been seen.

“A day after, I reported the case to the police station but seven days later, there was no news about where she was and on the eighth day, I receive a letter, which was dropped at the gate of my house. The letter said my daughter was being held and they were demanding N1 million as ransom,” he narrated.

Abdullahi Yusuf said two weeks later, he received an SMS via his phone asking him to immediately make efforts to pay the ransom. He said the kidnappers added that his daughter was being exposed to the rainfall and other vagaries. They said he should blame himself if this resulted in the death of his daughter.

He said after receiving the message, he called and started negotiating with the kidnappers. He said, he told them that he could not afford the N1 million they were demanding and they asked him to pay N300, 000, which he also told them he did not have that amount.

He said they later picked up the money and promised to release his daughter at 2 p.m. that day but they did not do that up to the following morning.

“I sent them a text message asking them why they failed to release my daughter after they had promised. They replied that I should not disturb them and they ceased any communication with me,’’ he said.

“On May 5, they sent another text message demanding for an additional N150, 000 otherwise I will never see my daughter again. I was very upset with the message. They asked me to call them the following day and when I called, they started abusing me again but I grew angry and abused them back.’’

Abdullahi said later people in the neighborhood started suspecting his neighbor when they noticed that soon after the incident he had relocated to his new house in another part of the village.

He said following this, a report was lodged at the office of the Civil Defence Corps whose officers arrested the suspect. He said when Kabiru was interrogated, he confessed to committing the act.

“After that, the officials of the Civil Defence took him to their office and asked about my daughter and he told them that they had killed her and when asked about the corpse, he told them he had dropped it in a pond.

“He was later taken to Bauchi and when he was asked again he maintained that they had thrown the body inside a pond.”

Abdullahi said on their return to the village, they decided that the suspect should further be interrogated on the whereabouts of the corpse since the body could not be found where he claimed they had thrown it.

“After further interrogation by the officials of the Civil Defence, he admitted that they have killed the girl and buried the body inside his house. We went to the house and searched and found the body,  which was earlier put inside a sack before it was buried. We had to use a knife to cut it open. We have since buried her’’

He said he was more devastated before the discovery of her remains.

“Before her corpse was found, I could not sleep for five days but after it was found, I became relaxed and was able to eat.

“This man was very close to my children. Sometimes, I would meet him playing with them in front of my house. The girl knew him very well and played with him. On the day he moved from our neighborhood, his children slept in my house,’’ Abdullahi said.

Abdullahi Yusuf said the other suspect lives in a nearby village and was the one who was speaking to him on phone.

He thanked officials of the NSCDC for their professionalism, which led to the arrest of the suspects. He called on the authorities to ensure justice is done in the case.

Also speaking to Daily Trust, the mother of the deceased, Maimuna Abdullahi, said her daughter was kidnapped while playing with her siblings in front of their house.

“I never thought this man would betray us because of the close relationship we have with him and members of his family. It is unfortunate that he could do this to a girl that was calling him `daddy.” she added.

Our daughter called him ‘daddy’ – Parents of 5-year-old girl kidnapped and killed by neighbour after collecting ransom in Bauchi was last modified: May 13th, 2022 by ABBStaff-Mayowa
0
Facebook Twitter Google + Pinterest 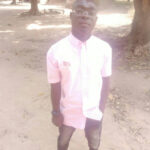 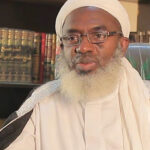