Photos of boarding school student killed by gunmen in Plateau Photos of boarding school student killed by gunmen in Plateau

Friends mourn the loss of a student at Government Science School Kuru who was shot and killed by gunmen in Jos South Local Government Area, Plateau state.

The attack, which occurred at around 7:30 pm on Friday, June 10, left three other students with injuries.

According to reports, the victims were trying to charge their phones at the filling station near the school when gunmen believed to be Fulani herdsmen opened fire. One victim was killed instantly while three others sustained minor injuries. 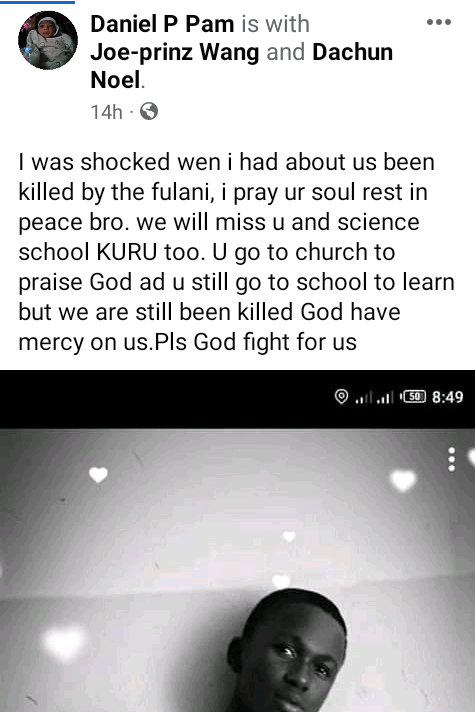 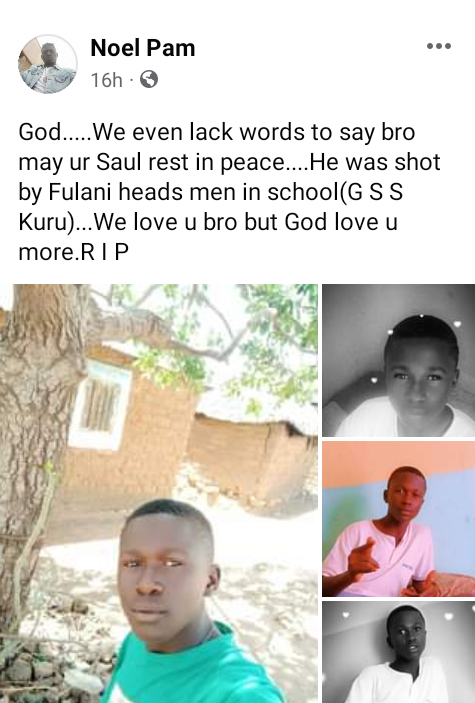 Many train attack victims are unaccounted for...

Gunmen assassinate a man in Kaduna

Mandatory direct primaries will cause confusion –...