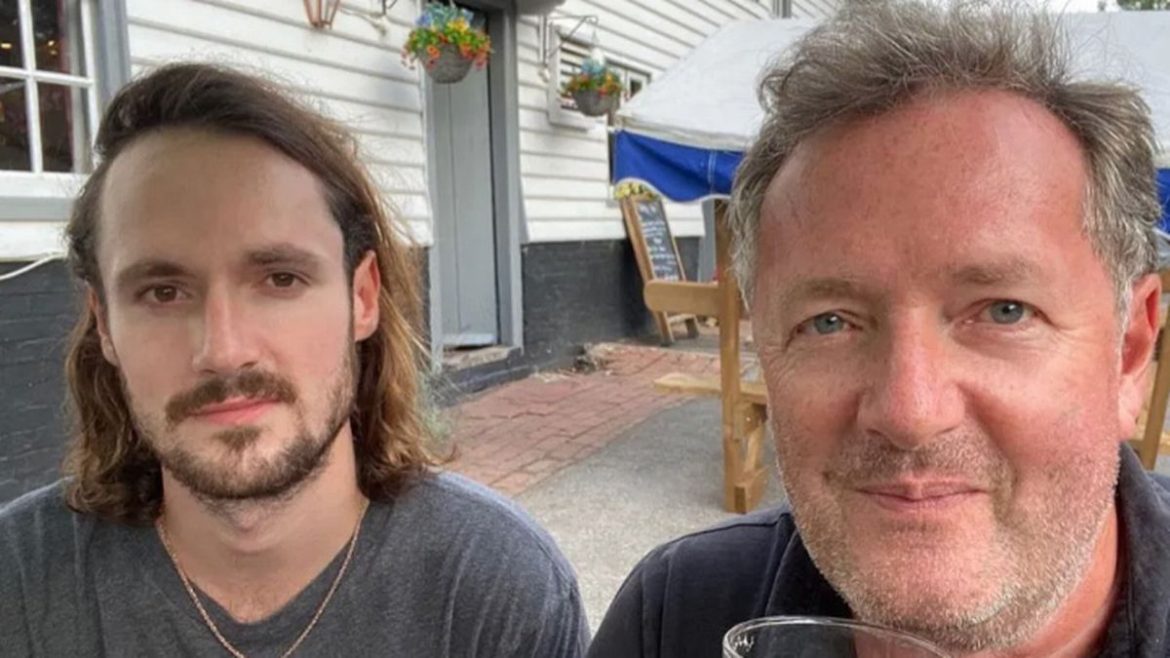 English broadcaster, journalist, writer, and television personality Piers Morgan and his son Spencer Morgan disagreed on Twitter over their views on the Russia-Ukraine war.

The 55-year-old former GMB presenter took to Twitter to disagree with his sports journalist son Spencer, 28, after the younger Morgan shared a tweet.

Spencer tweeted on Tuesday, March 1: “If you aren’t personally prepared to fight I don’t think you can call for direct action that will most likely lead to world war 3.”

Piers hit back at his son, writing: “Strange mindset for a journalist…

“So only serving military can comment on whether military action is justified/necessary when a dictator illegally invades a democratic country?” 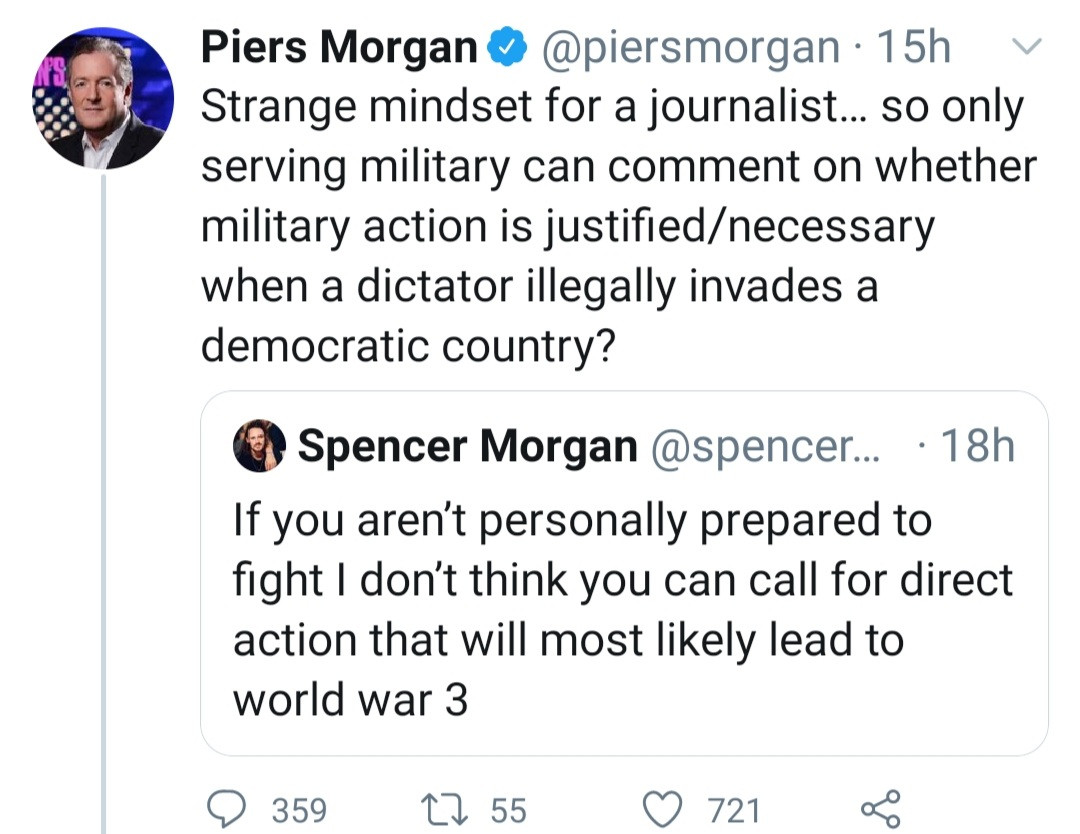 Piers calling out his son publicly led to a follower asking him if Spencer was really his son.

A stunned Twitter user replied: “I’m Canadian so forgive me but isn’t Spencer your son? Lol. Are you Twitter beefing your son?”

Piers replied: “He is…. we Morgans enjoy a bit of Twitter beef, even with each other.” 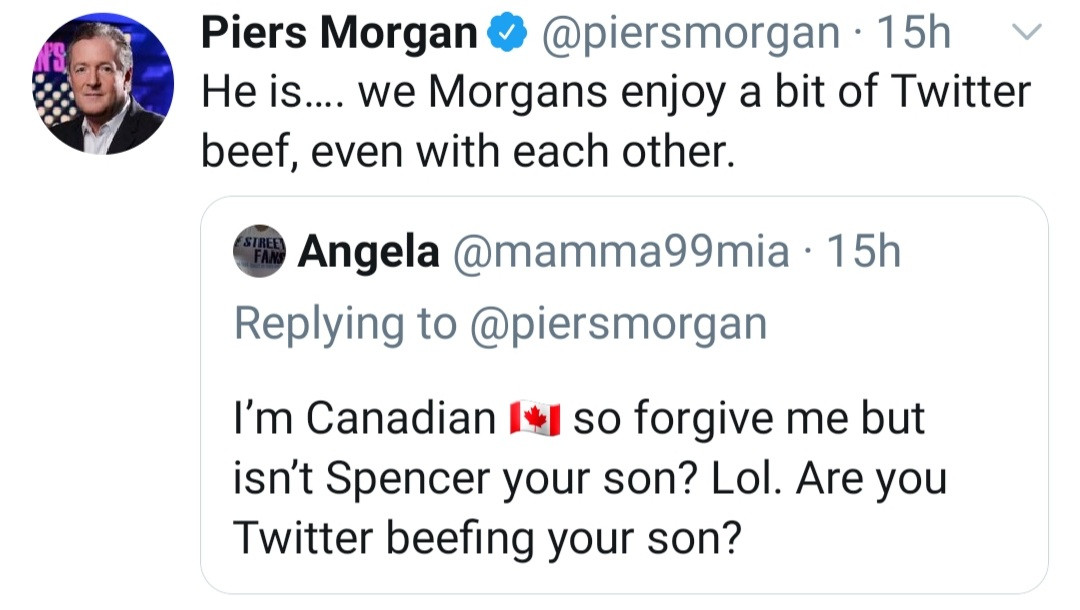 Spencer then retweeted the message and added: “Fortunately, we have brains so can disagree without falling out. A lot of people on here should try it.”

This is not the first time Piers and his son have had a disagreement on Twitter. 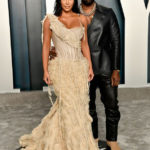 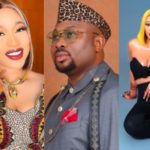