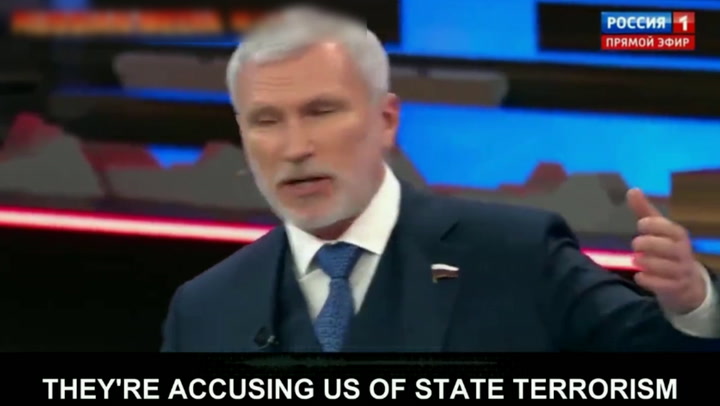 Russian State TV has released footage showing a mock nuclear attack on Europe claiming it will leave ‘no survivors’ and will take only 200 seconds.

State TV which is controlled by the government has been dishing out propaganda since the Russian invasion began, and during the TV show recreated nuclear blasts on three European capitals, claiming the missiles would hit Paris, Berlin, and London in just three minutes.

The TV hosts were reacting to comments from the UK’s Armed Forces Minister saying he supported Ukrainian strikes on Russia’s infrastructure. Chairman of the nationalist Rodina party, Aleksey Zhuravlyov, pondered what would happen if Putin launched nuclear weapons against the UK, saying: ‘One Sarmat missile and the British Isles will be no more.’

Producers on the show displayed a map seeming to suggest missiles could be launched from Kaliningrad, the Russian enclave between Poland, Lithuania, and the Baltic Sea.

It suggested the nuclear missiles could reach Berlin in 106 seconds, Paris in 200 seconds, and London in 202 seconds.

The show is hosted by husband and wife Olga Skabeyeva and Evgeny Popov.
When Skabeyeva cautioned ‘but we are serious people, Zhuravlyov hit back and said: ‘I am saying that seriously.’
This prompted Popov to point out the UK also has nuclear weapons.

Zhuravlyov replied; ‘we’ll start with a blank slate’, before saying the missiles can’t be intercepted.

‘Their abilities are limited. They say they can shoot it down, we’ll see about that,’ he added.

Russian state TV simulates launching a nuclear strike on Europe that would take just 200 seconds and leave ‘no survivors’ was last modified: May 1st, 2022 by ABBStaff-Mayowa
0
Facebook Twitter Google + Pinterest 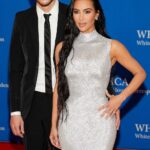 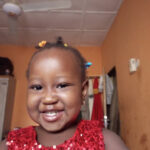