“She is very sharp, 30BG gang is her target” Reactions as Davido gifts Isreal DMW’s fiancee half a million for airtime 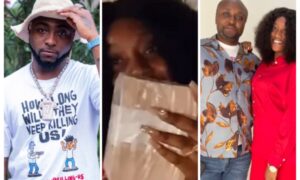 “She is very sharp, 30BG gang is her target” Reactions as Davido gifts Isreal DMW’s fiancee half a million for airtime

Nigerian singer, songwriter, and record producer, Davido has gotten many talking as he gifted his personal logistics manager, Isreal DMW’s fiancee a whopping 500, 000.

The billionaire singer claimed that the money was for her to recharge her phone.

Taking to his Instagram story to share the good news, Isreal DMW appreciated his boss for the kind gesture.

“My Oga just gave my Fiance 500k to buy airtime. Thanks, sir”

iamagbonma : No be why she gree marry you

We recall Israel DMW is set to walk down the aisle after proposing to his girlfriend.

The controversial personal aide to Davido took to his Instagram Stories on Monday, April 4, 2022, where he shared a video and photos from the proposal.

Israel proposed to his girlfriend at the exclusive Protea Hotel in Benin City, Edo State.

The announcement has stirred some reactions from Davido’s fans who insinuated Israel’s girl agreed to his proposal because of the music star.

It is not clear what exactly he does for the music star but he can be described as one of his loyal staff.

However, his Instagram profile states that he is the personal logistic manager of the music star.

Israel is one of the most popular aides working with Davido. He has made the headlines over the last year for several reasons.

The latest was his opening performance at Davido’s sold-out concert at the O2 Arena in London. 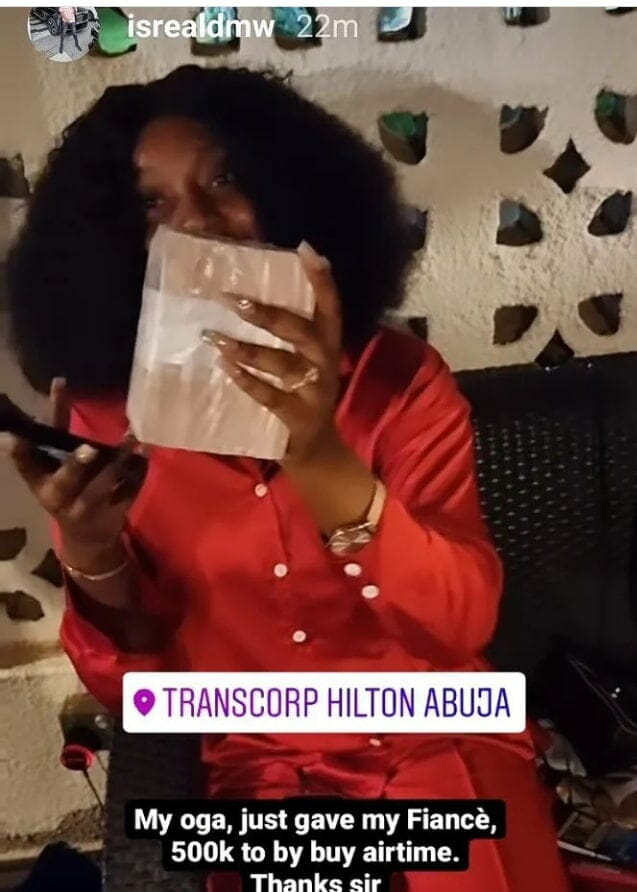 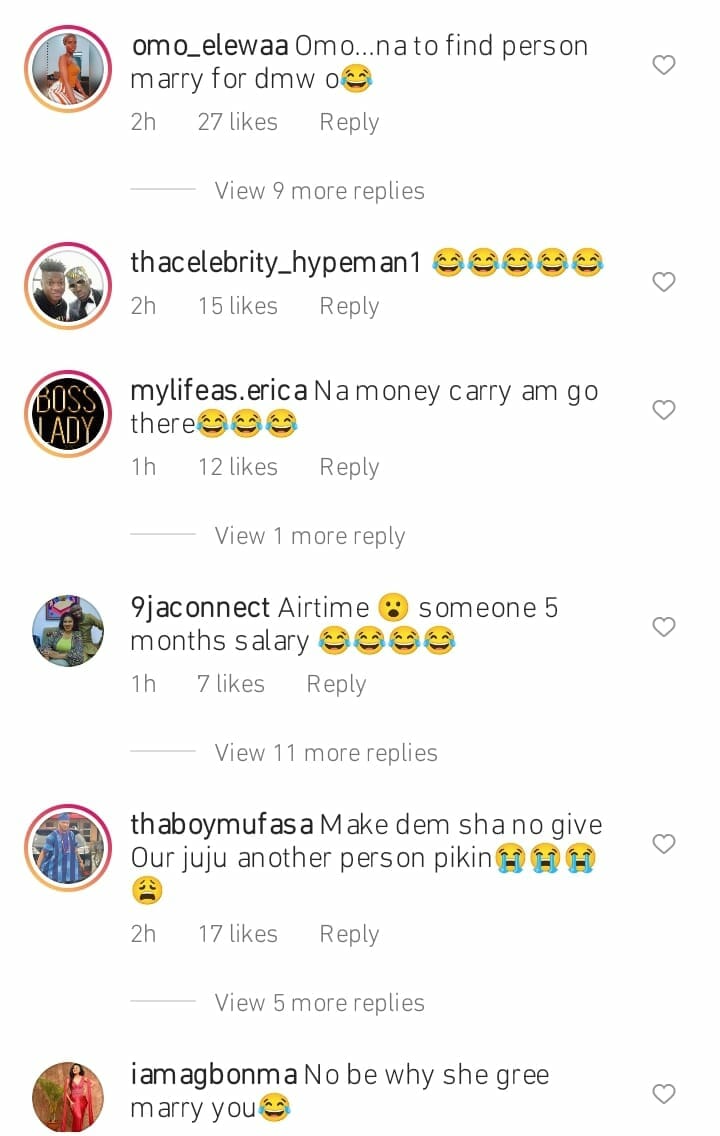 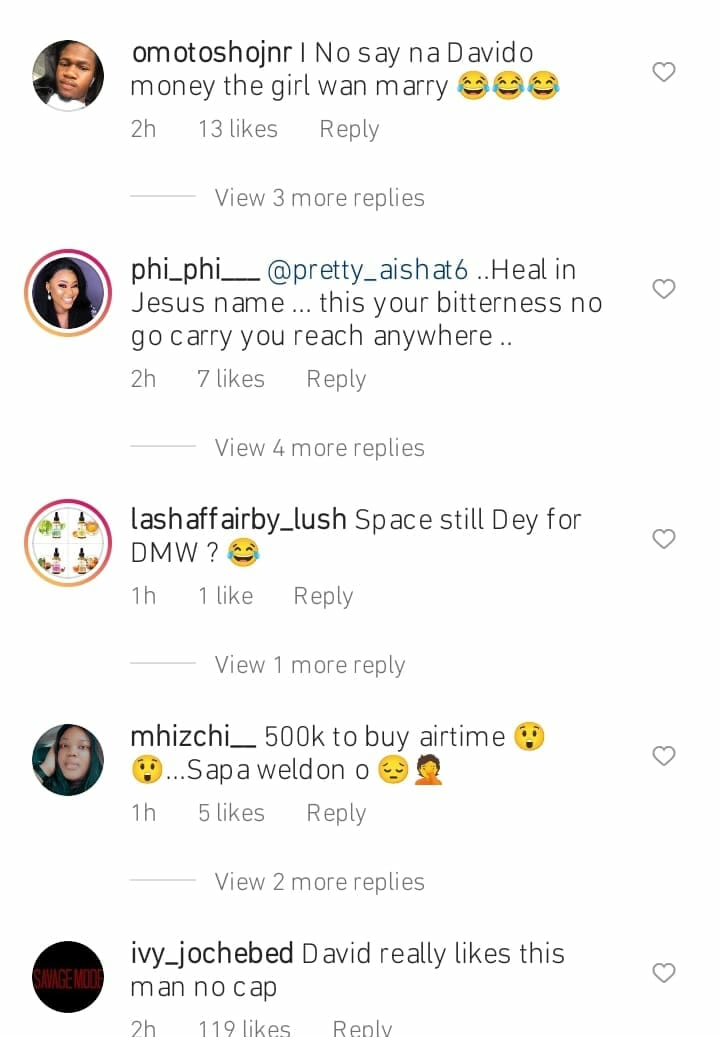 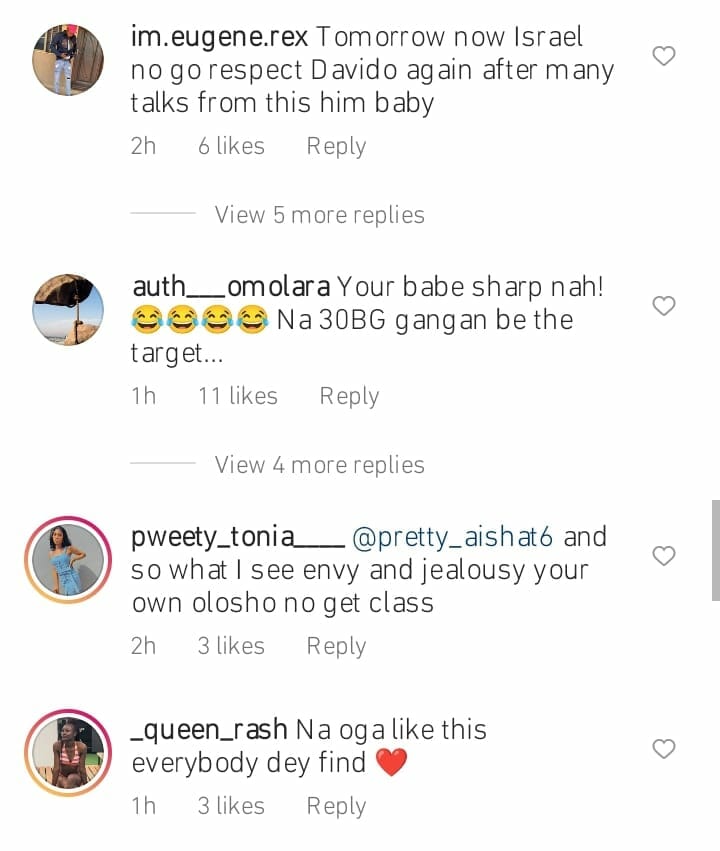 “She is very sharp, 30BG gang is her target” Reactions as Davido gifts Isreal DMW’s fiancee half a million for airtime was last modified: April 7th, 2022 by ABBStaff-Mayowa
0
Facebook Twitter Google + Pinterest 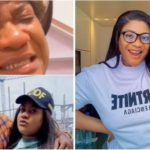 Actress Nkechi Blessing drags her ex-boyfriend in the mud, spills his fake lifestyle 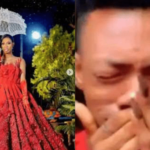 “How my husband cheated on me with...

I struggled with promiscuity and pornography many...

Are you the first man to be...