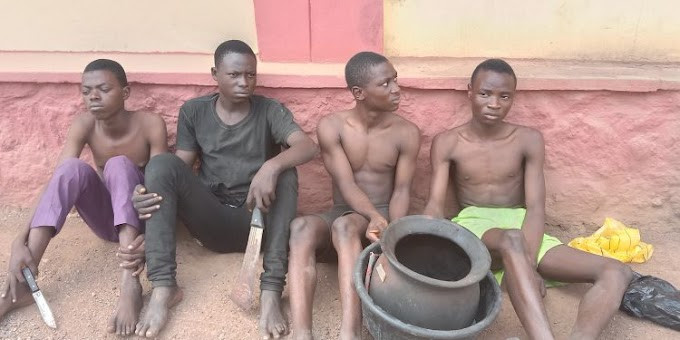 Balogun Mustaqeem, 20; Majekodunmi Soliudeen,18; Abdulgafar Lukman,19; and Waris Oladeinde,18 The four teenagers who murdered a 20-year-old girl identified as Sofiat Kehinde for money ritual, have been remanded in prison for two months.

The suspects were arraigned on two counts of conspiracy and murder following their arrest on Saturday January 29.

The boys were arrested on Saturday for killing and burning the head of the victim, said to be a girlfriend to one of them, for money rituals.

The Prosecutor, Lawrence Balogun, told the court that the defendants committed the offence on January 28 at about 11:00 at Kugba area in Abeokuta.

Balogun said that the defendants conspired among themselves and murdered one Sofiat Okeowo who is a girl friend to one of the defendants, Soliudeen. He said the defendants killed her by cutting off her head with a cutlass.

The prosecutor who noted that the defendants murdered the victim with the plan to use her for money ritual, further disclosed that the offence committed contravenes sections 324, 316 of the Criminal Code Laws of Ogun 2006.

Magistrate I. O Abudu did not take the plea of the defendants and ordered that they should be remanded in prison custody.

Abudu ordered that the defendants should be remanded in the Oba correctional service, pending legal advice from Ogun State Director of Public Prosecution (DPP). She adjourned the case until March 14 for mention.

It was also learnt that premises of the court was filled to the brim as the victim’s family and other sympathisers trooped to the court to witness the arraignment. https://wikispouse.com/ 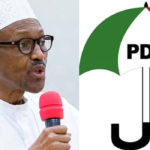 Buhari’s administration is a government of lying, by liars and for Liars – PDP 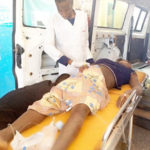