Talented Nigerian Nollywood actress Sotayo Sobola popularly called Sotayogaga was recently conferred with the title of “Saraunia”, which means queen mother of the Uke Kingdom in Nasarawa state has finally reacted to the viral reports of being married to the traditional ruler that bestowed the title on her.

Debunking the reports, Tayo Sobola in a chat with SUN said “I don’t think emirs crown their wives ‘queen mothers’. If you are married to an emir, you cannot be everywhere. There is always a limitation as to the wife of an emir.”

The fact that I didn’t see it coming was the most surprising part. It just happened and I took a deep breath and embraced it. I got the title the first time I stepped into that kingdom. I had gone there for something else, I didn’t know I would be offered that prestigious title.”

When asked if she could ever give up her career for marriage, Tayo Sobola said “It depends. The question is that how many times do I even act now? One thing takes the other away; that is the truth. People think they can juggle but eventually discover that one of those things would take precedence. Now, I do a whole lot of services that are taking me away from my career as an actress. It is not like my husband or anyone is saying don’t do movies again. He lets me do what I want. But I have to respect that there is a limit I can go when I am acting, and I don’t need to be told. “

“There is always a limitation as the wife of an emir” Tayo Sobola spills on alleged marriage to Hausa traditional ruler was last modified: April 23rd, 2022 by ABBStaff-Mayowa
0
Facebook Twitter Google + Pinterest 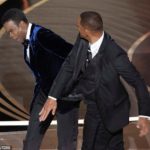 Davido Splurges Millions on a Maybach and...

Angel bashed over dance in bikini