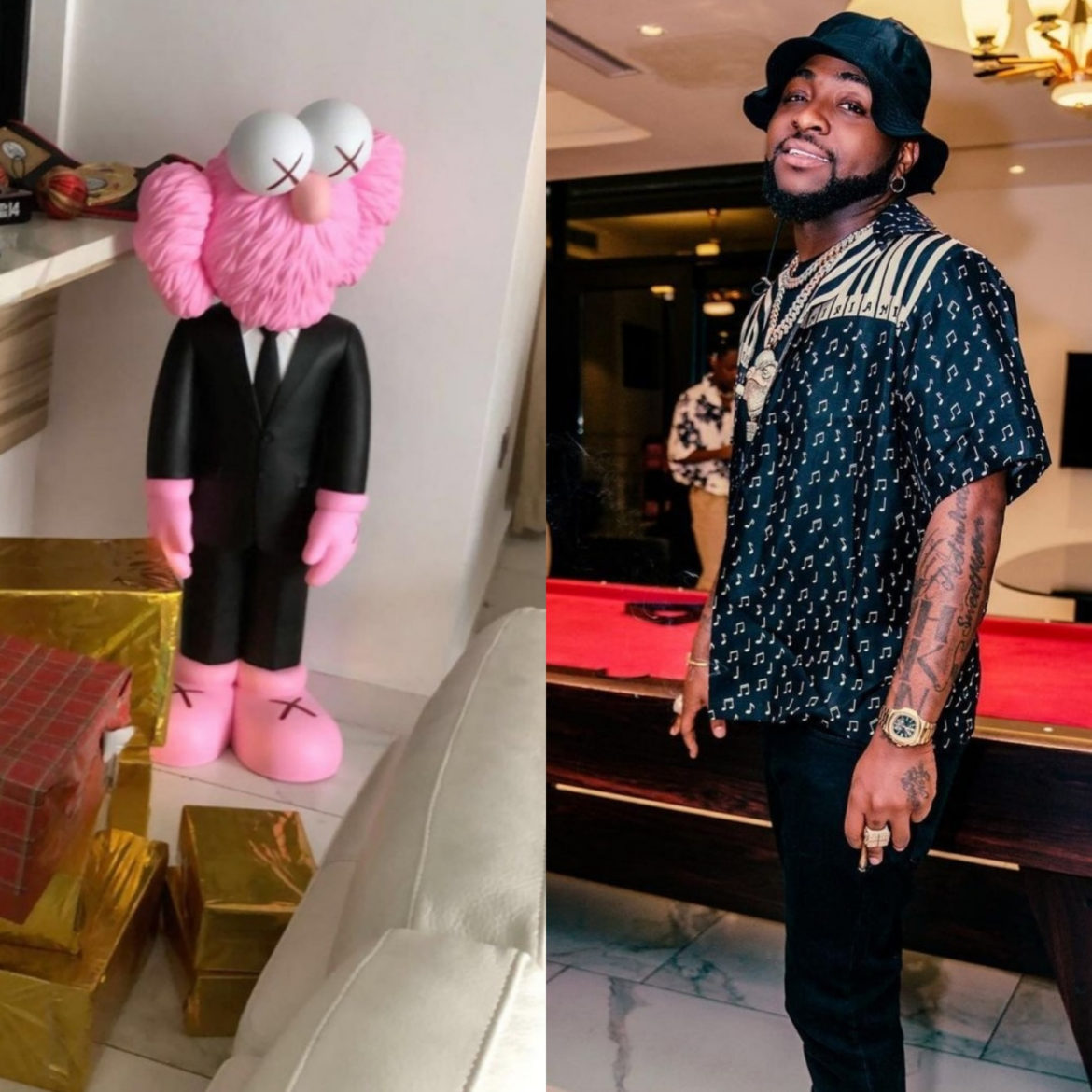 A vendor has accused Nigerian singer, songwriter, and record producer Davido of refusing to pay the 1 million Naira he owes him since 2020.

The vendor, a student of the University of Lagos, said Davido bought a pink stuffed dummy from him in Dec 2020 and told him he couldn’t pay right away because he had exceeded his transfer limit for the day.

He said the singer promised to pay as soon as possible but it’s been over a year and all efforts to get the singer to pay proved abortive.

He said he has reached out to Davido’s manager and a member of Davido’s team who introduced him to the singer but none has given him a favourable response. He also claims he’s been blocked so he can’t reach out.

He said a member of Davido’s team tried to deny that the singer ever bought anything from him.

The vendor then shared proof of the product Davido bought from him. He shared photos of Davido’s daughter playing with the dummy and also screenshots of videos posted online by Davido’s team with the dummy in the background.

He also shared a threat he claims is from Davido’s camp, trying to shut him up for going public. The sender of the message threatened to deal with him for going public about the money owed him by the singer.

He pleaded with Davido to pay him so that he can settle his needs at school and take care of his mother.

Read his posts below. 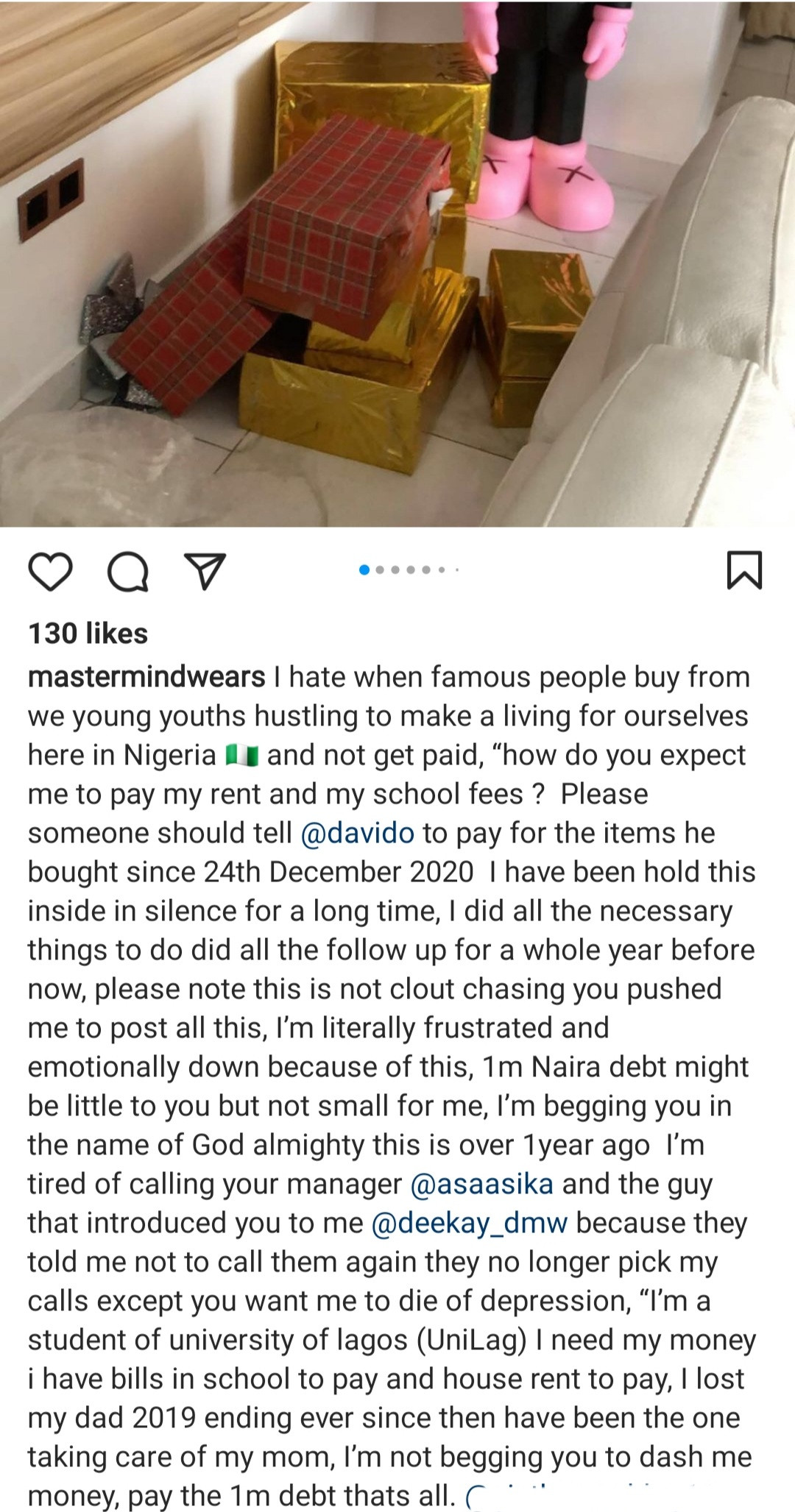 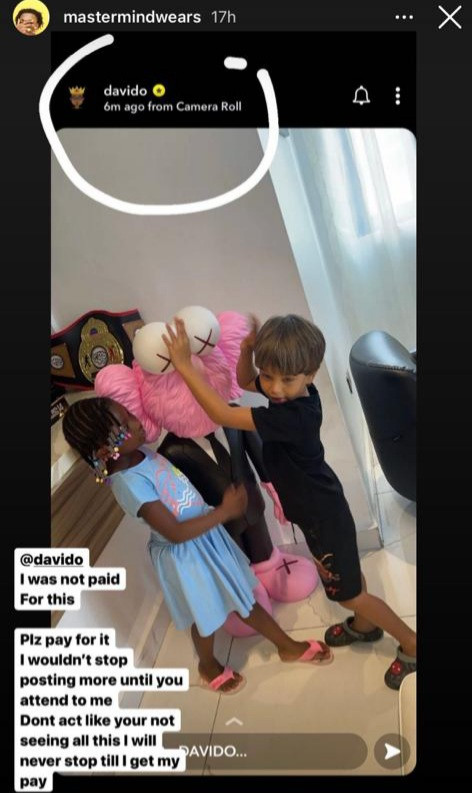 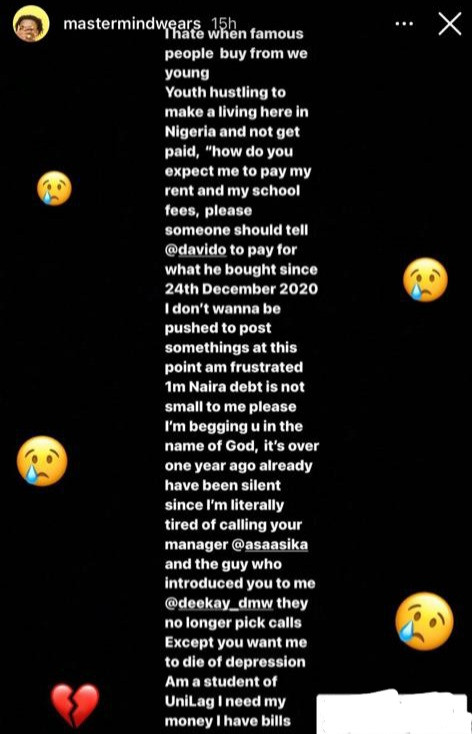 Unilag student accuses Davido of refusing to pay 1 million Naira for a stuffed dummy he bought from him since 2020 was last modified: January 7th, 2022 by ABBStaff-Mayowa
0
Facebook Twitter Google + Pinterest 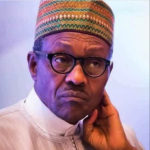 Age is telling on me, working for six hours a day is no joke – Buhari 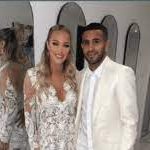 ‘The best daughter ever’ – Mercy Aigbe...

Many if not all those faceless accounts...